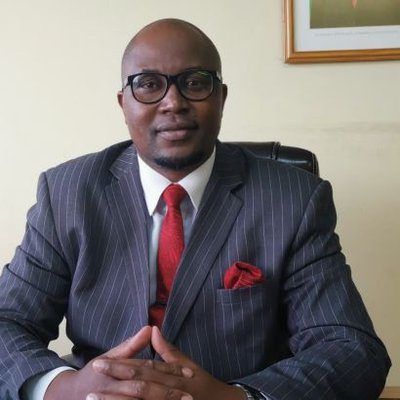 SENIOR officials in Zanu PF and the government are unsettled by the militant approach adopted by Harare Metropolitan provincial secretary Tafadzwa Muguti.

His abrasive approach in “bringing sanity” to the Harare Metropolitan Province, has seen him stepping toes on land barons mainly in the capital and Chitungwiza who strong links to the ruling Zanu PF party.

Some of the land barons have since been arrested.

However, Muguti remains undeterred in his quest to bring “sanity” to Harare and Chitungwiza despite being poisoned last year by suspected land barons.

His latest threats this week to have upmarket houses in Arlington Estates to be demolished has resulted in murmurs in Zanu PF over whether Muguti should remain as Harare Metropolitan provincial secretary.

Scores of senior government and Zanu PF officials are reported to have houses in Arlington Estates located close to the Robert Gabriel Mugabe International Airport.

Muguti argues the houses should be demolished as they are a threat to national aviation security.

“Not only those in power feel under threat from Cyclone Muguti, but innocent citizens have also not been spared from his actions. He is failing to read the politics because, remember Zanu PF leaders have been implicated in cases of vote-buying in Harare using land, especially in areas like Harare South and Nyatsime areas. So, some of those so-called illegal settlers did not just wake up and settle themselves where they are,” a Zanu PF source said.

Since his appointment, Muguti has been aggressive in fighting corruption in local councils. Despite the noble efforts, most councils have been left without substantive leadership which has further compromised service delivery.

Contacted for comment Muguti referred our request to Harare Provincial information officer Eunice Sengamai. However, Sengamai was not reachable for comment.

Of all the provincial permanent secretaries, Muguti has proven to be the most energetic and powerful to the extent of defying court orders.

Recently, he allegedly defied a High Court order which stayed all demolitions against informal traders’ structures in Harare and Chitungwiza.

Through his abrasive nature, Muguti’s attempt last year to ban non-governmental organisations (NGOs) in Harare from operating hit a snag after the High Court barred him from interfering with their operations.

Last June 2021, Muguti also directed all civil society organisations (CSOs) in Harare to share with his office their work plans and planned activities for 2021. However, the CSO said Muguti’s directive was illegal as it violated the right to administrative justice.

Other sources in government are of the belief that Muguti’s approach has left all local authorities in the Harare Metropolitan province, paralysed. Local councils under the metropolitan are; Harare, Chitungwiza and Epworth.