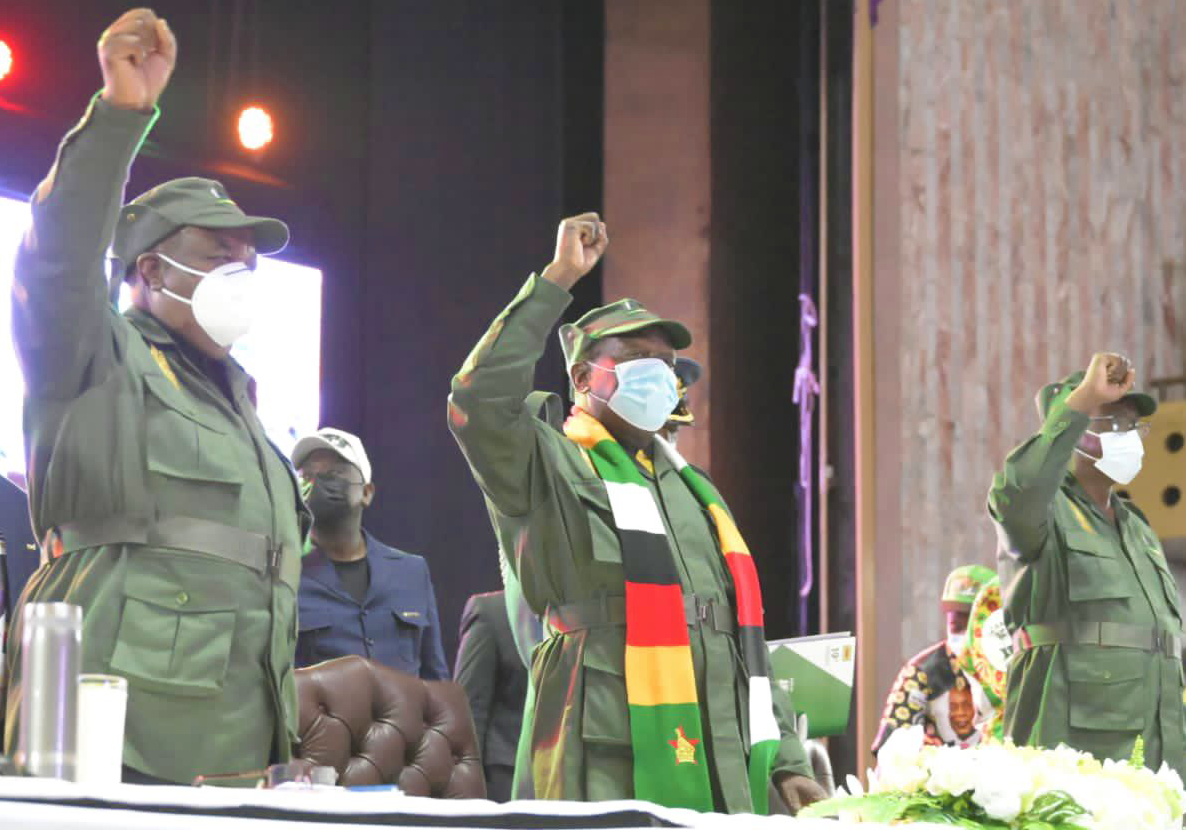 ZANU-PF’s newly established wing, the War Veterans League has endorsed President Emmerson Mnangagwa as their candidate for the upcoming general elections next year.

The league was formed to strengthen the base of Zanu PF as the party seeks to maintain their control of power in the upcoming election.

Posting on twitter after the two-day inaugural elective conference which was held in Harare, information ministry permanent secretary, Nick Mangwana said the newly formed wing approved Mnangagwa as the perfect candidate for next year’s general elections.

“The War Veterans League has unanimously and unequivocally endorsed President Emmerson Mnangagwa as their party’s sole candidate for the 2023 Presidential elections,” Mangwana said.

This comes at a time the party has been rocked by serious factional divisions.

It is said there are two camps in Zanu PF, one led by Mnangagwa himself and the other by his ambitious deputy, Constantino Chiwenga.

There two militarised camps are fighting for supremacy in the party structures with some Zanu PF functionaries believed to be agitating for Mnangagwa’s ouster at the upcoming elective congress which is set to be held from 26 to 29 October 2022.

About two months ago, a dissident group calling itself Zanu PF original claimed that Mnangagwa no longer served their interests.

It is said Mnangagwa made an agreement with his deputy Constantino Chiwenga to serve only one presidential term and hand over power to the Vice President.