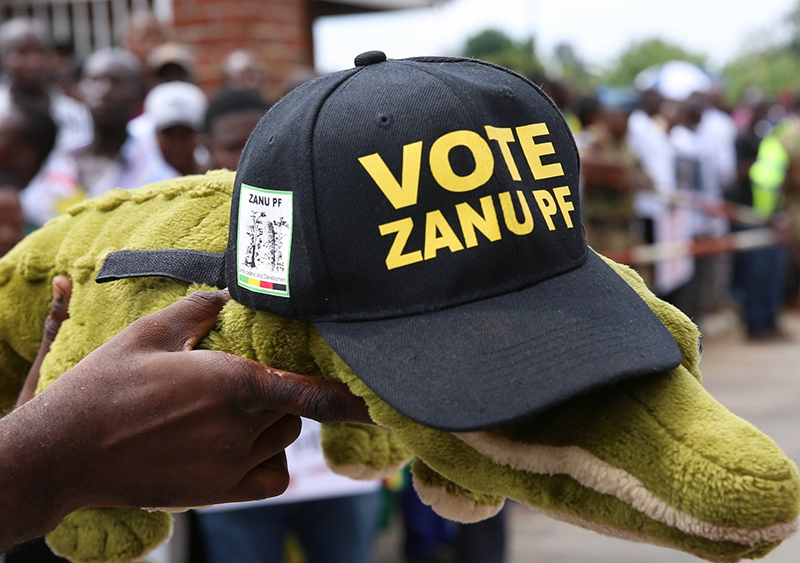 The seat became vacant following the death of Councilor Edward Kavhuru in a road accident in October.

Zanu PF won  the seat with a huge margin as it got 70.7% of the votes against its rival Citizens Coalition for Change (CCC), which got  28.3%.

The seat was previously won by the MDC Alliance in 2018.

According to official results published by the Zimbabwe Election Commission (ZEC) in Mutasa Ward 6, Barara Regina of Zanu PF garnered 1080 while Barbara Nyamuruhu of the CCC got 433.

CCC spokesperson Fadzayi Mahere thanked their supporters and assured them a victory in 2023’s general election.

“We thank the hundreds of citizens who voted for the yellow baby in (the) Mutasa North by-election. You proved beyond doubt that the CCC is grounded in communities and  is the only credible alternative to Zanu PF. It’s undeniable that 2023 will be a two-horse race.

“We thank all polling agents, mobilisers and change champions for their strong effort in difficult circumstances. President Nelson Chamisa said at the start of the year that we would use the by-elections to test the ground, sharpen our tools and prepare for the main event in 2023.

“The CCC has won over 60% of by-elections conducted since our birth on 24 Jan 2022. Zanu PF thought they had  destroyed us. They thought that by now, Zimbabwe would be an effective one party state with an opposition they control. Yet the citizens are still standing.

“We know by-elections do not grip the nation the same way a general election does, because citizens ultimately want an answer to the national question. Notwithstanding, these by-elections have given citizens the chance to say they trust and believe in their yellow baby,” Mahere said.