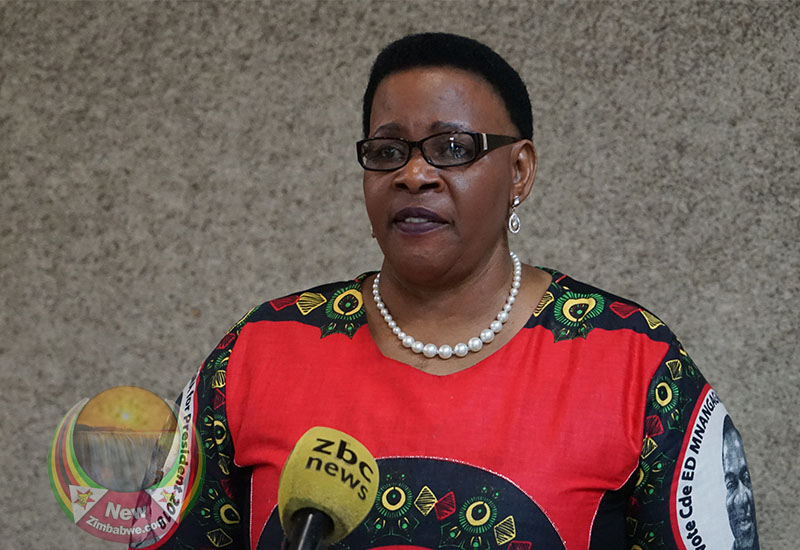 THE Zanu PF hit-back against former president Robert Mugabe continued Thursday with the Women’s League saying the nonagenarian should desist from political commentary and concentrate on playing with his grandchildren.

“He (Mugabe) should stay at the blue roof quietly, playing with his grandkids, drinking tea and let others do their jobs,” said league secretary Mabel Chinomona.

“I think Mugabe should take his wife’s slogan and ‘Stop it’; if there is anyone who should stop it, it is Mugabe.

“He should stay at the Blue Roof quietly, playing with his grandkids, drinking tea and let others do their jobs.”

Mugabe, who turned 95 last month, angered the party his former allies after he used his birthday party to attack successor Emmerson Mnangagwa over the deadly government crackdown against protestors in January this year.

The veteran leader appears still bitter after the military and Zanu PF lieutenants ganged up to force him out of power in 2017.

Government officials and former freedom fighters have since condemned Mugabe over his birthday remarks.

And on Thursday, the Women’s League weighed-in during a meeting held at the party headquarters in the capital.

“Mugabe needs to remember that he also failed the nation for 37 years; he dragged the economy to the ground,” said Chinomona.

“Now he wants to blame our president as if during his time he did not kill people. Does he want us to remind him of the people he killed?

“We will support our president because he is making efforts to put the nation back on the map unlike Mugabe who made enemies with all the other countries.

“Mugabe was a corrupt president; so, he needs to keep quiet.”

Speaking at his birthday party, Mugabe reportedly condemned Mnangagwa over the government response to the January protests against fuel price hikes.

More than a dozen people were killed while scores suffered gunshot wounds as the military used lethal force when going after the demonstrators.