The two men and a woman linked to the Zimbabwe Citizen Forum (ZCF) found the offices locked and later affixed card boxes with messages ‘You Are Murderer Tendi Biti’, ‘Office Of The Rightful Stupid Biti’ and ‘After Inviting Sanctions You Are Now Celebrating Deaths’. 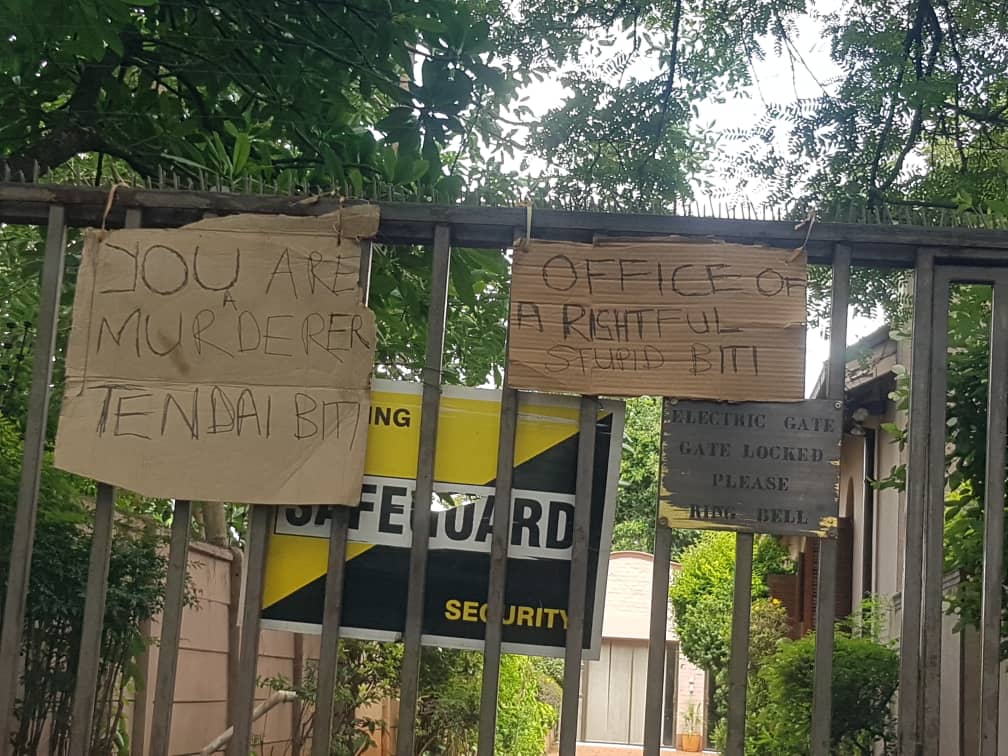 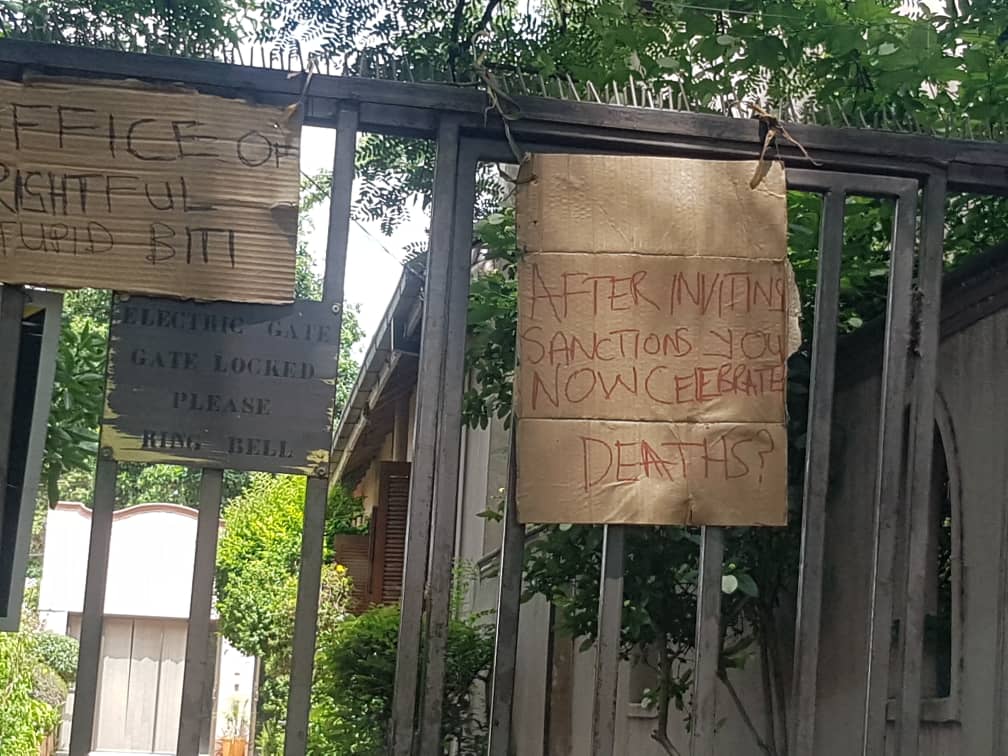 Taurai Gakanje, leader of the anti-Biti protesters Saturday, had earlier called the firebrand Harare legislator on his mobile questioning why he had posted on twitter, saying Zimbabweans were dying because the current government led by President Emmerson Mnangagwa had no plan for vaccines.

Commenting on the incident, MDC Alliance deputy spokesperson Clifford Hlatywayo said Zanu PF was good at funding such activities instead of fighting hunger.

“This is nonsense, this is madness, what they can do is to organise and fund violence,” he told NewZimbabwe.com in an interview.

“They cannot fund and support programmes to fight the spread of Covid-19. Instead of fighting hunger they fight citizens.

“There is looming disaster of floods in parts of Manicaland, Masvingo and Matabeleland provinces.

“They don’t have a plan, but to fund terror on a professional lawyer and leaders of the society.”

He added, “It must stop forthwith. They claim that Zimbabwe is an independent and free country, yet they know that they are lying to the world.

“What a shame. We call upon whoever is instructing and funding madness to stop.”

“The nation can only win this battle against Covid-19 pandemic by tackling it head on and by ignoring shallow and reckless statements as the one attributed to Tendai Biti,” Moyo said.

“Such statements which have paraded Tendai Biti’s ignorance should be dismissed with the contempt they deserve.”