SIX women chrome miners from Marishongwe area in Shurugwi have pleaded with government to help them recover their mining claims from which they were removed to pave way for Zanu PF youths.

This, they said, during a Women in Mining Conference held Wednesday in Bulawayo on the side-lines of the Mine Entra.

During the conference, one of the miners raised a complainant with Mines and Mining Development Permanent Secretary, Onesimo Moyo while pleading for the top government official’s intervention on the matter.

“Permanent Secretary, please assist us to get back our mining claims which were taken by youths of a certain political party.

“We have been mining chrome in the area since 2001 but we were shocked to see some youths claiming that they now own our claims,” one of the affected women miners told Moyo during the mining conference.

In a later interview with NewZimbabwe.com, one Rejoice Chibendera, who is among the six affected women, said in 2001, ZIMASCO ceded some chrome claims in the area to government.

“When the claims were ceded to government, we started a mining syndicate of six women.

“We then applied for a special mining grant. Since 2001, we have been mining chrome in the area waiting for the approval of our application,” said Chibendera (pictured below). 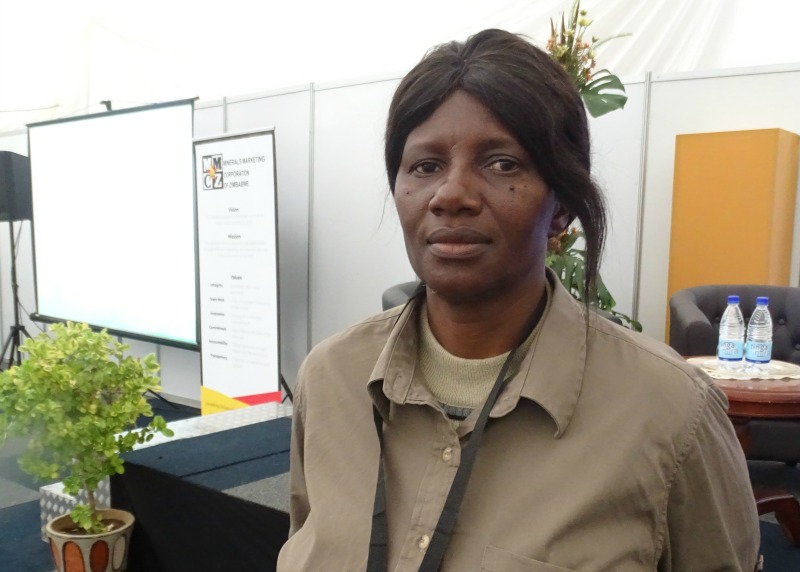 She said she and her colleagues were shocked to see Zanu PF youths coming with a special mining grant which allowed them to take over operations “at our place”.

“On 12 July this year, we were evicted from our claims. The youths took over everything including our chrome, tools and our cabins. We strongly suspect that the youths are being used by some big fish who want our claim.

“If there was any sincerity and transparency in the awarding of the chrome claims, first preference should have been given to us because we submitted our special mining grant application long ago.

“Throughout the conference, we have been talking about women empowerment but how can we be empowered when we are treated like this?” said Chibendera.

On his part, the permanent secretary promised to investigate the issue.

“I will be in Gweru together with the Minister of Mines and Mining Development. We would like to see your representatives and solve this issue but in the meantime, let us meet so that I get all the details concerning the issue,” said Hove.