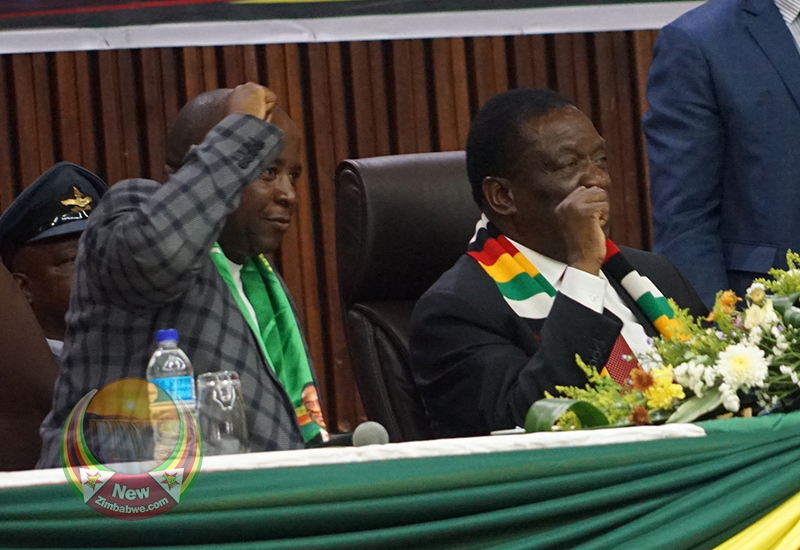 Twice inside the past year the MDC lawmakers have walked out on Mnangagwa as he addressed Parliament. In the latest incident in September, Mudenda docked five months’ allowances for the MPs.

Speaking during the youth league’s national assembly meeting, Zanu PF secretary for youth affairs, Pupurai Togarepi said those calling for sanctions should not be allowed to participate in parliament.

“President, as the youth league we are pleading with you that those calling for sanctions should not be allowed to speak in parliament,” said Togarepi, who doubles as Zanu PF Chief Whip.

The legislator added that the youths were ready to defend the country’s sovereignty adding the demand for the removal of sanctions should continue.

The Zanu PF led administration has accused MDC of campaigning for the imposition of a travel ban and asset freeze on government officials.

Biti has been accused of being part of a group of MDC leaders who not only pleaded for the sanctions but helped craft the Zimbabwe Democracy and Economic Recovery Act (Zidera) enacted by the US in 2001.