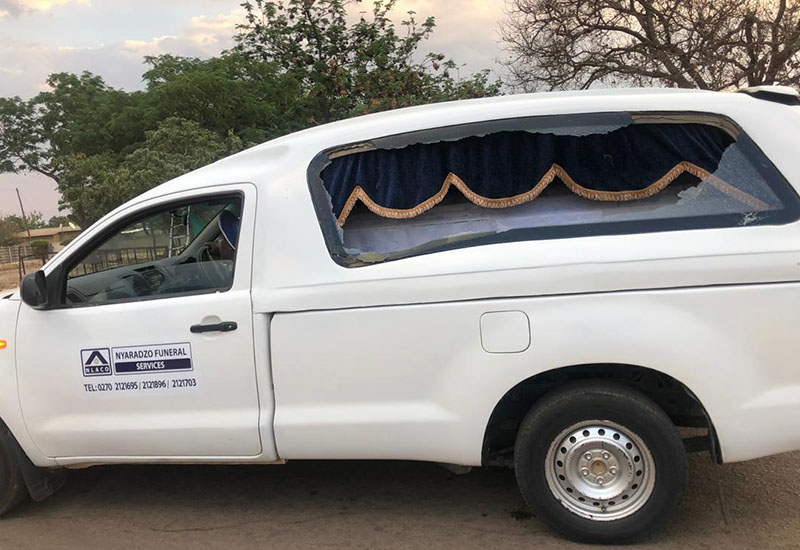 The youths are said to have waylaid the vehicle in the satellite town’s Zengeza suburb where they pelted it with rocks and bricks, smashing its windscreen and exposing the coffin inside.

“No one knows the motive, but we are very much worried by this unAfrican behaviour,” said Bonde.

Bonde said one of the female assailants had been identified as one Nyasha, a middle-aged member of the ruling party’s militant youth league.

Tamangani passed on Saturday morning while in prison custody after being allegedly beaten up heavily by police who accused him and 10 others of assaulting a member of the law enforcement agency.

Government says investigations into Tamangani’s death have since been instituted.