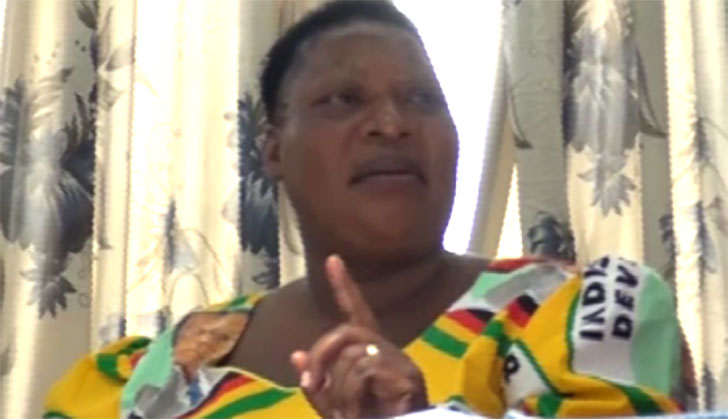 ZANU PF Manicaland Women’s League has pleaded with the provincial Minister Nokuthula Matsikenyere for help in funding an empowerment training programme for 120 indigenous church women from nine districts in province.

The Women’s League in conjunction with Zimbabwe Indigenous Interdenominational Council of Churches (ZIICC) has already implemented the same initiative in Masvingo and Mashonaland East provinces.

In a letter dated November 29, and gleaned by NewZimbabwe.com, the Zanu PF provincial chairlady Happiness Nyakuedzwa asked Matsikenyere to liaise with government authorities regarding the funding of an indigenous churches empowerment programme scheduled for Friday in the eastern border town.

Nyakuedzwa begged Matsikenyere for help in terms of two-day accommodation for the 120 trainees, buses to ferry them from their respective districts, tents, food, podium, and VVIP chairs.

“The Zanu PF Manicaland Women’s league is notifying you of the ZIICC’s women empowerment training programme which is going to be held at Mutare Showground on the third of December 2021,” reads part of the letter written by Nyakuedzwa requesting the minister’s assistance.

“The programme will be graced by the President of Senate Hon. Mabel Chinomona, Women’s league national secretary for administration Hon. Monica Mutsvangwa and other national members.”

Nyakuedzwa told NewZimbabwe.com the programme was in sync with President Emmerson Mnangagwa’s agenda to uplift all citizens economically.

“We are calling all women from all sectors of life to unite and make sure we empower everyone. We want to our people to be self sufficient so we can contribute to the Vision 2030 agenda,” she said.

“The programme is not for Manicaland only, it is a national event where we shall train everyone regardless of their political affiliation. This is just a gesture to our friends within churches. We will train people how to produce bread, soap, drinks, sewing and horticulture.”

However, NewZimbabwe.com sources said the Women’s League initiative was aimed at drumming up support for Zanu PF in the 2023 elections.