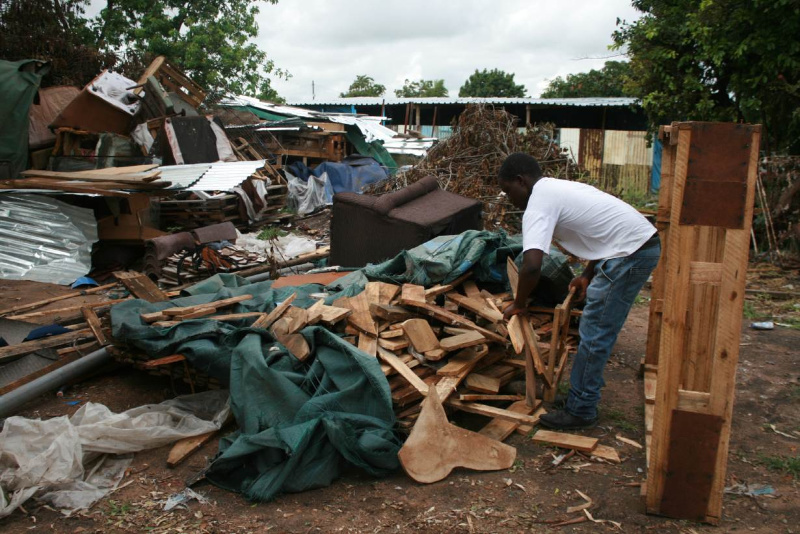 THE opposition Zapu has condemned the ongoing demolitions of illegal settlements in Harare, describing the destructions as ruthless and inhumane.

The party also blamed both the Zanu PF government and MDC led local authority for subjecting citizens to the weather elements through for the demolitions.

“Zimbabwe African People’s Union notes with sadness the developments taking place in Harare City Council regarding the recent demolitions of settlements in a number of areas.

“While we are made aware of the legalities around the establishment of the affected settlements and while we acknowledge that the settlements’ land was not acquired legally, Zapu regrets the outright ignoring by both Zanu PF government as well as the MDC run Harare City Council of humanitarian needs of the victims of these demolitions,” said Zapu spokesperson Iphithule Maphosa in an interview with NewZimbabwe.com.

He questioned the logic of executing the demolitions during the rainy season when the victims do not have anywhere to go.

“It is noted that as has become the norm, the demolitions always take place during the onset of the rainy season.

“It is regrettable again to note that both government and the city council did not provide alternative shelter for the victims, both in the short and long run.

“This is a serious violation of the most basic right to shelter and descent living to the victims,” said Maphosa.

The Zapu spokesperson said in accordance with United Nations protocols, the responsible authorities were supposed to first avail alternative accommodation for the victims before the demolitions.

“Zapu notes that the root cause of illegal settlements in the country has not been addressed. We also note that no attempt has been made whatsoever before to address the problem of corrupt land barons who work in cahoots with Zanu PF and government officials.

“It is regrettable that even now, after losing monies to these well-known corrupt land barons and council officials, the innocent and now desperate settlement land seekers are on the receiving end of the barbaric manner in which the ever-failing Siamese twins of Zanu PF and MDC are using as a resolution.

“Zapu also notes the rampant and undeterred acquisition of vast lands by conglomerates who, after purchasing the land, do not utilise it but let it lie idle while the native indigenous citizens do not have access to their God given resource.

“We call for a review of the national land policy and adopt one that is people friendly and considerate of our needs as citizens,” said Maphosa.