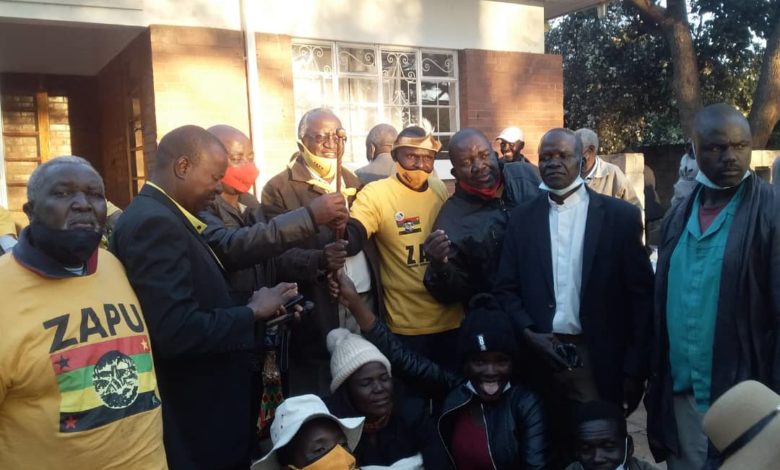 ZAPU has expelled five senior party members who dragged to court the organisation and its leader, Sibangilizwe Nkomo for allegedly failing to adhere to the party’s constitutionalism and procedures.

Last year in October ahead of the party’s elective congress, the senior party members challenged Sibangilizwe’s candidature at the Bulawayo High Court.

The members later withdrew the court application after holding talks with Nkomo.

However, the members, two months ago, revived the court application, seeking an order overturning the 2020 congress where Nkomo was elected.

“It is with regret to announce to ZAPU members, supporters and sympathisers that after 12 months of attempting to unite the party after our congress, the following individuals have expelled themselves from the union.

“Messars Strike Mkandla , Matthew Sibanda , Ernest Ndlovu, Mildred Mkandla and Akim Nkala have individually and collectively chosen a path designed to harm ZAPU in collaboration with those invested in this objective for many years now.

“ZAPU has noted and accepted their decision and wish them well in their future endeavors. We call on our members to treat them with the same treatment reserved for all our political opponents,” said ZAPU’s spokesperson, Msongelwa Ndlovu.

The spokesperson urged the party’s supporters not to cooperate anymore with the sacked members.

“We implore our members to avoid cooperating with them as doing so only helps to advance their objective to divide and eventually destroy the party.

Let us remain vigilant and focused on the ultimate objective of delivering our people from the yokes of Zanu PF intolerance, corruption and incompetence. ZAPU will do whatever it takes to work with like -minded people and organisations to put to an end the curse of Zanu PF on our people,” added the party’s spokesperson.