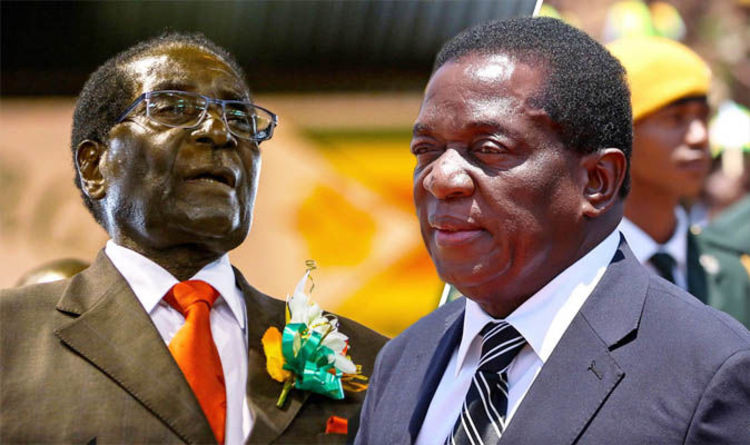 THE opposition Zapu party has dismissed Zanu PF spokesperson Christopher Mutsvangwa’s decision to blame late party President Robert Mugabe for current power crisis, arguing most of the ruling party’s current leadership were part of his administration and equally at fault.

“The power crisis which the country is facing currently is a product of years of neglect,” said Mutsvangwa in an interview with a South African weekly.

“The mismanagement, the arm twisted economic management of the last two decades of Mugabe and his G40s obviously had a negative pull.”

Mutsvangwa served as an ambassador on numerous postings under Mugabe. He was appointed Director General of rundown state broadcaster ZBC in 1991 and then elected Zanu PF secretary for Harare in 2002 before being posted to China as a diplomat.

Besides the above, serving on the controversial Minerals Marketing Corporation of Zimbabwe (MMCZ), which reportedly declared no diamond profits to the inclusive government’s finance ministry, Mutsvangwa served as Deputy Minister of Foreign Affairs and then War Veterans Minister.

In a statement shared Wednesday, Zapu, which was pulled out of a 1987 Unity Accord deal with Zanu PF by late war hero Dumiso Dabengwa, argued that anyone who had been in Zanu PF at any point was complicit.

“After Independence the new government failed to implement a forward-looking policy for the Electrical Generation against advice from ZESA technical personnel,” read the statement signed by party Secretary for Economic Development, Stenny Mathe.

“It is a folly of scandalous proportions by the so-called second republic to blame this incompetence and lack of foresight on the previous administration they served as senior government officials.

“This crisis is a result of Zanu PF incompetence and corruption spanning 42 years since independence. Everyone who has been Zanu PF during this period is complicit and directly responsible for this crisis by commission and omission.”

Zimbabwe is currently in one of its worst electricity crises, which has seen load-shedding regimes of between 18 and 22 hours in residential areas mostly every day.

Low water levels at Kariba Dam and constant breakdowns at ZESA’s Hwange Thermal Power Station have cut supply by over 50%.

Added Zapu: “ZAPU calls on all stakeholders, including political parties, the business sector, civil society to converge in dealing with this crisis which is threatening to destroy the already faltering economy.

“This task cannot be left in the hands of an incompetent, corrupt and unimaginative government whose only preoccupation is looting national resources for personal gain.”