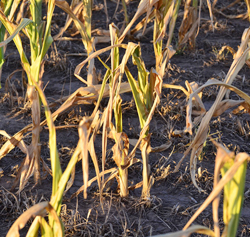 THE Zimbabwe Agricultural Society (ZAS) has admitted agricultural production in the country has been on a downward trend and on Tuesday announced it would introduce a new section aimed at encouraging farmers to improve their yields.
ZAS CEO, Anxious Masuka, told reporters at a press conference in Harare they would launch the Eleven Tonne Plus Club which will celebrate the cream of Zimbabwean farmers who have excelled in maize production.
“This year’s event is unique in that it is the first time we will be ascending to food security territory and agricultural stakeholders are excited and we hope the excitement will be transmitted to attendance,” he said.
Masuka said the Eleven Tonne Plus Club would see farmers who have managed to produce 11 tonnes and above being awarded prizes as a way of promoting development on farms.
He said they would start with maize producers, adding they hoped to rope in other crops as the programme progressed.
“This is a new section dedicated to celebrating the cream of Zimbabwean farmers who have excelled in maize production. Over 80 farmers have come on board and to date over 30 farmers have qualified to be in the club, with the highest yields being 21 tonnes per hectare on over 200 hectares,” he said.
Masuka said they will also introduce a new section to assist cotton farmers in the four cotton growing regions to improve productivity and highlight the importance of the white gold’s value chain to rural development.
The ZAS boss said the show was mainly focused on bringing business together and to reach out to potential customers and not necessarily a sales or trade event, adding that was why the show was open to the public throughout the six days.
More than 250 000 people are expected to visit the show grounds for the annual event which will run from the 21st to the 26th of August.
Masuka said 92 percent of exhibition space had been taken up as of Tuesday.
“Space uptake is 67 892 square metres compared to 58 895 square meters from all sectors of the economy, signifying an increasing confidence in the Harare Show as a centre for interaction between business and potential customers,” he said.
Advertisement