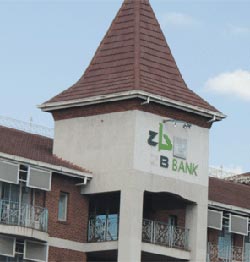 ZB Financial Holdings says it has managed to re-open relationships with foreign correspondent banks in Europe and other financial institutions in other parts of the world following the removal of the bank from the US imposed sanctions list last year.
The Office of Foreign Assets (Ofac) in 2003 implemented targeted sanctions on senior Zanu PF and government officials as well as some quasi- government companies over alleged human rights violations committed after the controversial land reform exercise and electoral fraud.
In October last year, Ofac removed ZB Financial Holdings and other companies with Zanu PF and government links from the sanctions list.
The bank’s corporate services head, Shadowsight Chiganze said following the sanctions de-listing, the financial institution has been able to resuscitate its euro, British pound, South African Rand and US dollar correspondent banking accounts.
“Since our removal from the sanctions list from October last year, we have been able to re-open our relationship with correspondent banks in Europe and other parts of the globe. This has facilitated smooth flow forex transactions in US dollar, Euro, Rand and several other currencies,” said Chiganze while addressing journalists in Bulawayo on Saturday.
Chiganze said the bank is also currently working on a facility which he said will stimulate the country’s exports.
“We are currently working on a facility with regional banks. This facility we are sure will facilitate business particularly for those that are exporting,” said Chiganze.
The corporate services head also revealed that the bank, in support of the national housing development strategy, has serviced 780 housing stands in the border town of Plumtree.
“We have been pursuing a strategy to acquire land and have been negotiating with various local authorities that have got land available for housing development. This morning we were in Plumtree for a ground breaking ceremony for 780 stands at George Silundika Extension. The stands will be available for those who need them,” said Chiganze.Advertisement