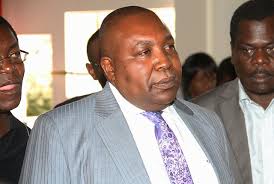 FORMER ZBC chief executive Happison Muchechetere will now be prosecuted over a 2013 case in which he allegedly swindled the company of $800 000 by inflating the purchase price of an Open Broadcast (OB) van.

Muchechetere is charged of contravening the Procurement Act following the purchase of an OB van and his docket is back at the magistrates’ court pending setting of a date on which he will be summoned to appear for trial.

This comes after a full bench Constitutional Court threw out his application and ruled that charges being levelled against him are constitutionally valid prompting the State to institute trial proceedings.

He had, through his lawyer Advocate Thabani Mpofu, applied arguing that charges against him were constitutionally invalid.

The state, led by Michael Reza, alleged that on January 18, 2013, Muchechetere — without going to tender-entered into a procurement deal with a Chinese company to purchase an audio OB van for $1 050 000.

On April 23, 2013 Muchechetere allegedly misrepresented to ZBC’s executive committee that $495 000 donated by BancABC was enough to purchase an audio van, a cargo van, a crew bus and the committee approved the purchase of the items using the said money.

Muchechetere did not disclose to the committee that he had already entered a deal for only one item, the OB van.

The court heard that Muchechetere flew to China and signed an agreement concerning inspection of the van, which was never carried out by other members of the executive committee.

The OB van was delivered in August 2013 after BancABC released $100 000 to the Chinese company.

The alleged crime was discovered after Muchechetere’s suspension when it was established that the OB van had a market value of $350 000, contrary to the $1 050 000 he had stated.