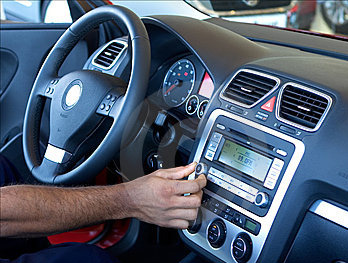 THE cash-strapped Zimbabwe Broadcasting Corporation (ZBC) has tightened the bolts on motorists by handing over the collection of car radio licences to the Zimbabwe Road Administration (Zinara).
The move is with effect from October 1, 2014.
This means that all motorists will be forced to buy car radio listeners’ licences for their vehicles when they renew licence discs for their vehicles.
Zimbabwe vehicle owners have for years refused to buy car radio listeners’ licences arguing they do not listen to the state-controlled ZBC which churns out ruling Zanu PF party propaganda.
But with the new licensing system, motorists will have no option but to pay the licences.
In a statement on Tuesday, ZBC’s corporate communications manager, Gladman Bandama, said motorists can now buy their listeners’ licences from all Zinara licensing outlets countrywide.
“This is in line with the Broadcasting Authority of Zimbabwe (BAZ)’s designation of Zinara as a motor vehicle radio licence-collection-agent in terms of general notice no 28 of 2014,” he said.
“We also like to advise all those that have already purchased their radio licences for the whole year that your details have been given to Zinara for database input. This means that those falling in this category will not need to worry about any inconvenience at the Zinara offices.”
Private vehicle owners will fork out $10 for a term and $30 for the whole year with company-owned vehicles paying $30 per term and $80 for the whole year.
In a move to enforce the new licencing rules, Zinara officers have been staging roadblocks during peak hours.
The roadblocks are being mounted from as early as 6am and later from 4.30pm when most motorists are heading home.
The roadblocks are being mounted with the help of officers from the Zimbabwe Republic Police.
Zimbabwe has seven radio stations with five under the ZBC. These are PowerFM, SFM, Radio Zimbabwe, National FM and Voice of Zimbabwe which is based in Gweru.
The other two radio stations are ZiFM, owned by Deputy Information Minister Supa Mandiwanzira and StarFM which is under the Zimbabwe Newspapers stable.Advertisement