SOLE television broadcaster, ZBC-TV Saturday chose the wrong moment to tell the nation it has not matured, 40 years into independence when it accompanied President Emmerson Mnangagwa’s address to the nation with embarrassing technical stoppages.

ZBC has been favoured with the privilege to cover some state events at the expense of other media houses in the country.

But given the chance to shine, the beleaguered State broadcaster chose to agree with those who have doubted its capacity to be relied upon when it cut Mnangagwa mid-way through his important speech.

The embarrassing glitch happened less than 24 hours after police told the High Court Friday that ZBC should and other broadcasters linked to the ruling elite should be the only ones allowed to work during the country’s 21-day lockdown.

Political analyst and former Daily News journalist Pedzisayi Ruhanya was among those who felt ZBC did a good job to discredit itself. 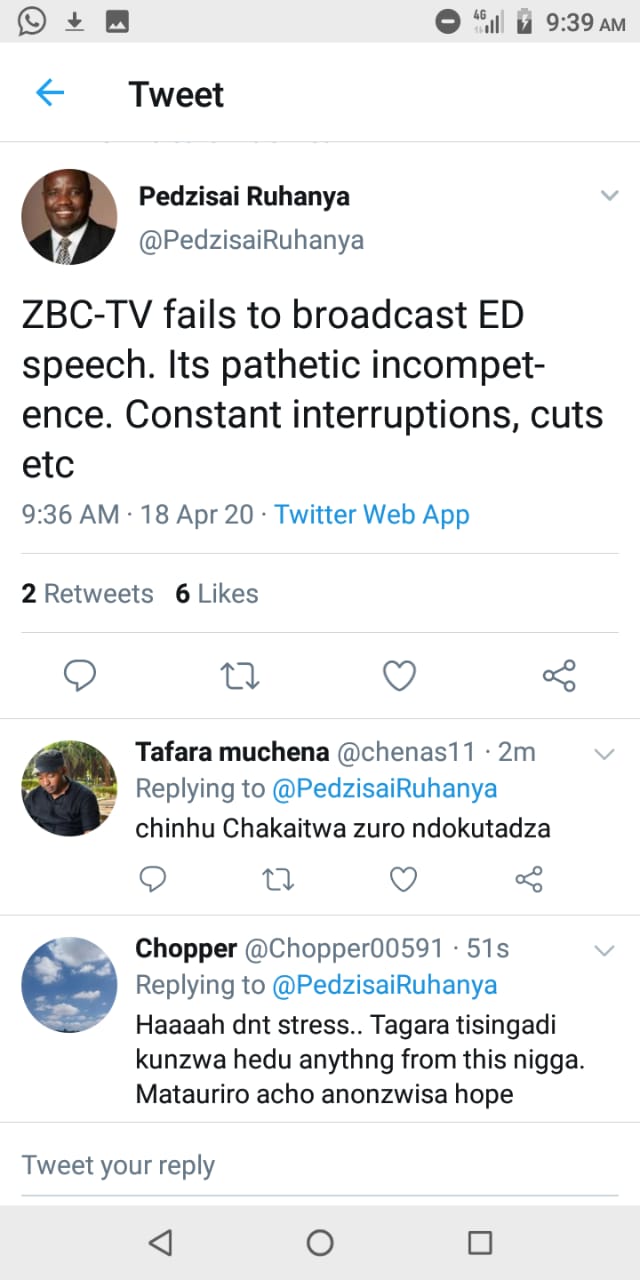