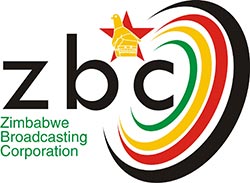 THE Zimbabwe Broadcasting Corporation (ZBC) has fired some prominent presenters after they failed to provide the required qualifications for their positions.
Company officials said the staffers were fired after a rationalisation exercise established that they were not qualified for positions they were holding.
The minimum qualification for all ZBC managers is now a university degree.
Those sent home include veteran DJ Tendayi Chakanyuka, who was PowerFM station manager, Tinashe Chiname, who was Chief Producer at National FM and Daniel McKenzie, Chief Producer at SFM radio station.
All three were immediately replaced, with Isaac Mudzambwa, who was retrenched last year, bouncing as station as manager NationalFM.
Tendayi Madondo is the new station manager PowerFM while Pamela Gwanzura is the new head at SFM. The latter two joined from rival ZiFM Stereo radio station.Advertisement