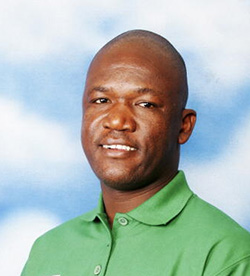 CRICKET will be introduced to three schools in the Midlands district of Mberengwa this week under Zimbabwe Cricket (ZC)’s game development programme designed to spread the sport to the country’s rural and other less-privileged areas.
The initiative will, from June 28 to 1 July 2016, see aspiring cricketers at Maran Evora Primary School, Masvingo Primary School and Bayayi Secondary School – all in Mberengwa – learning the basic skills of the game during coaching clinics.
The programme is being spearheaded by ZC head of cricket affairs Givemore Makoni, who will be in Mberengwa together with two development coaches.
“It is through initiatives such as this that we can unearth talent that we believe we have in abundance around the country, including in rural areas,” Makoni said.
After Mberengwa, ZC will move to introduce cricket in other rural areas around the country.
“We decided to start with Mberengwa as a follow-up to the kit donation we made to the identified schools in that district and, afterwards, we will be taking the initiative to other less-privileged areas around the country until every Zimbabwean has the chance to play or take part in the sport,” Makoni said.Advertisement