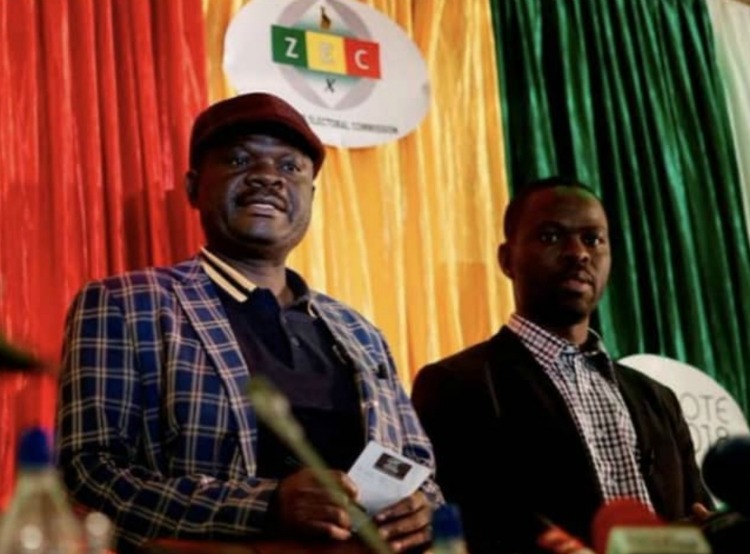 He said he was only told that Komichi had stormed the ZEC podium during announcement of the July 30, 2018 presidential election results at Harare’s Raibow Towers.

“I was within the national results centre,” he said while being led by prosecutor Michael Reza.

“I may tell the court that on the very day, I was informed that at the place where ZEC was announcing results, the accused took to the podium and uttered some statements,” he said.

He landed in the dock after he allegedly invaded the podium reserved for ZEC officials during the announcement of the poll outcome.

Komichi challenged the authenticity of the set of results that had been announced by ZEC by that time and further declared MDC leader Nelson Chamisa as winner, it is alleged.

On Monday during cross examination with Komichi’s lawyer, Obey Shava, Silaigwana confirmed that although he did not witness anything, he was the one who reported the case.

He again confirmed that he never saw Komichi committing the alleged offence.

“I did not see the accused committing the offence,” he said.

The state then closed its case before the MDC top official’s lawyer gave a notice to apply for discharge.

Komichi will know his fate on January 21 when the magistrate hands down her ruling.