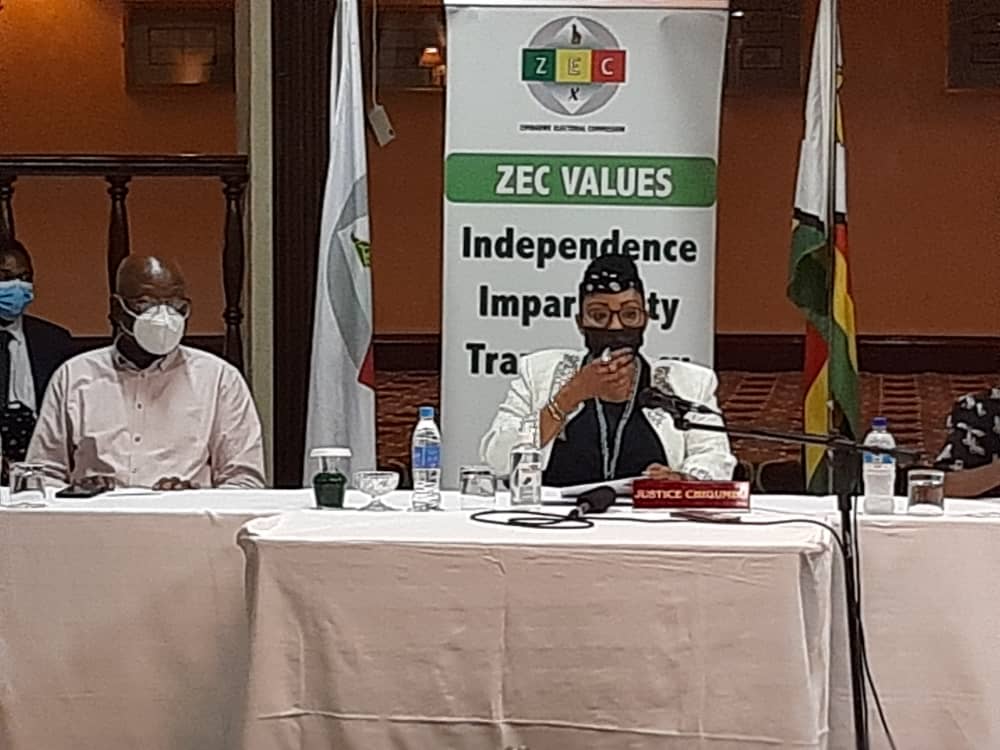 THE Zimbabwe Electoral Commission (Zec) has closed the voters’ roll for the upcoming National Assembly and council elections, more than two months before polling takes place on March 26 in a development likely to trigger an uproar.

In both instances, a roadmap has been set and the Nomination Court will sit on January 26.

The press briefing was organised for the commission to share more details on its major programmes this first quarter of the year.

Justice Chigumba said Zec will roll-out voter education in collaboration with stakeholders ahead of the elections which will be conducted in line-with Covid-19 policies.

“The commission wishes to advise that the voters’ roll for the proclaimed National Assembly vacancies closed on the 8th of January 2022, two days after proclamation, while the voters’ roll in respect of the ward elections closed when the vacancies occurred as indicated in published Zec notices,” Chigumba said.

She said registration generally closes two days after the proclamation of the election dates.

Chigumba said Zec suspended the mobile biometric voter registration exercise that had been slated for November 6, 2021 to allow prospective registrants to acquire national identity documents which are a requisite for the voter registration process.

The commission could also not hold by-elections because of the prevailing Covid-19 pandemic and successive lockdowns.

Chigumba further said a comprehensive roadmap is already in place and will be shared with stakeholders in due course.

The National Assembly Nomination Court will sit at provincial magistrates’ courts while venues for the ward vacancies will be at the respective council boardrooms.

After Nomination Courts, Zec will establish multi party liaison committees to resolve electoral disputes and publish the nomination court results in the press.

No testing for Covid-19 will be done at polling stations and Justice Chigumba said those who will present Covid-19 symptoms will be handled in terms of the health protocols as no one is entitled to put others’ lives at risk.

She implored the media to disseminate accurate and balanced information about the electoral process.

The commission chair was flanked by Zec commissioners.