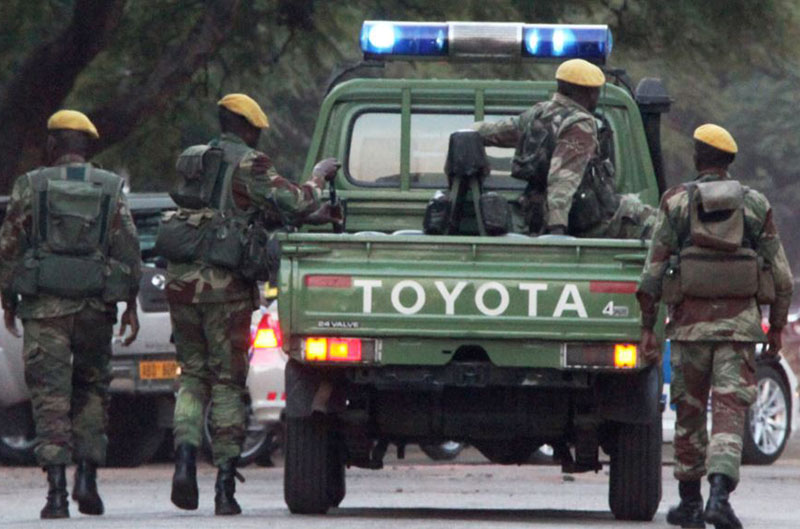 THE Zimbabwe Electoral Commission (ZEC) has been caught out after a rights lobby group unearthed a polling station established at an army barracks against the requirements of the law.

Legal watchdog the Zimbabwe Lawyers for Human Rights (Zlhr) in a letter to ZEC chairperson Priscilla Chigumba demanded that the polling station set up at the elite Presidential Guard barracks in Dzivarasekwa constituency be moved to a more publicly accessible place by Tuesday or face litigation.

“In our pursuit to advance the rule of law we have established that there is a polling station that has been set up at the Presidential Guard army barracks in Dzivarasekwa Extension, Dzivarasekwa constituency,” Zlhr said.

According to the rights group, the polling station identified on the voters roll as Presidential Guard Tent will service some 1,635 registered to vote at it. The group argued that the establishment of the polling station at a cantonment area violated the Electoral Act.

“We have made our own independent verifications and are convinced that the location of this polling station desirable,” the group said.

“We are also reliably informed that this polling station was operational during the just ended voters roll inspection that occurred in May 2018.

“In preparation for the upcoming 30 July 2018 elections we hereby draw your attention to provisions of section 51 (1a) and (1b) which in part says ‘no polling station shall be established at a police station, barrack, cantonment area or other place where police officers or members of the defence forces are permanently stationed’.

“It is therefore in light of the above provisions that we advise your office to consider an alternative suitable location to set up a polling station that does not violate the law.”

Accordingly, Zlhr gave ZEC up to end of business Tuesday to reverse the situation or face legal action.

“We are of the view that this anomaly can be resolved without the need to approach the courts,” the group said.

ZEC had not responded to the demand by late Monday.