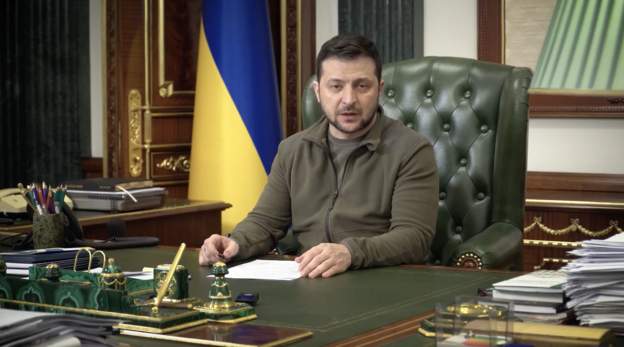 In his latest Facebook video address, he said victory over Russia would require the work of all Ukrainian citizens, including the negotiating team currently holding ongoing talks via Zoom.

Russia has continued to press Ukraine to formally renounce any intention of ever joining Nato, and formally recognise the breakaway provinces of Donetsk, Luhansk and Crimea.

The talks are due to continue on Wednesday.

As reported earlier, Zelensky on Tuesday appeared to concede Ukraine would not join Nato.

Ukrainian negotiator Mykhailo Podolyak said there were “fundamental contradictions” during the talks, but “certainly room for compromise”.