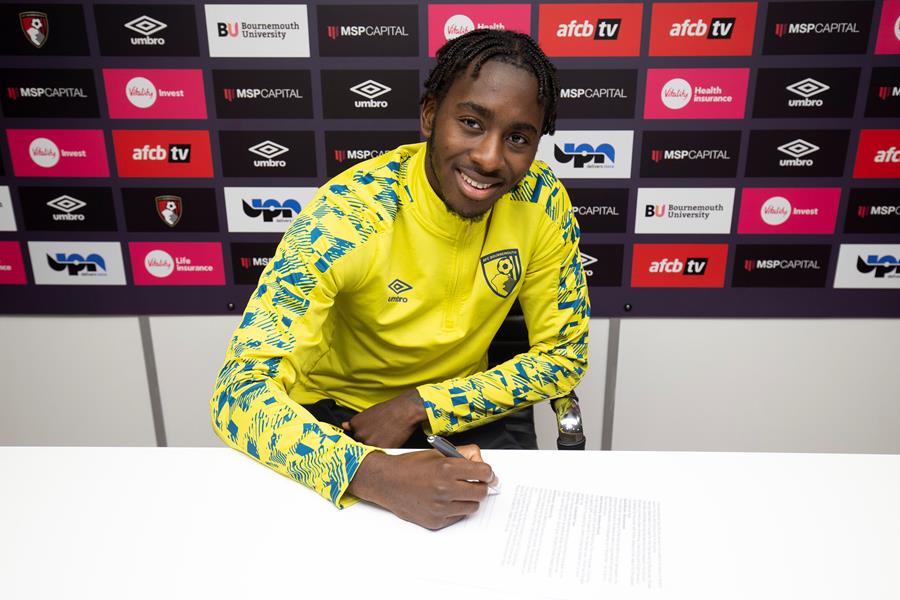 WARRIORS rising star Jordan Zemura has been rewarded for his rapid development after agreeing a new contract with English Championship side AFC Bournemouth.

The new deal will see the London-born star staying at the Vitality Stadium until 2022.

Zemura’s new contract comes after a memorable weekend when he made his league debut for the English Premier League promotion chasing Cherries in the 5-0 demolition of Huddersfield on Saturday.

Prior to this weekend, Zemura’s appearances in the first team for Bournemouth had come in the Carabao Cup as he continues to make strides after being promoted from the club’s Under-21 side.

Bournemouth, who are mounting a strong challenge for a quick return to the English Premier League following their relegation last season, confirmed Zemura’s new contract in a statement on their official website on Monday.

“AFC Bournemouth defender Jordan Zemura has put pen to paper on a new contract with the club,” announced Bournemouth via a statement.

“The 21-year-old – who made his league debut for the Cherries on Saturday – will remain at Vitality Stadium until 2022.”

The versatile player, who can play in midfield apart from being a left-back, made his international debut for Zimbabwe in back-to-back AFCON qualifiers against Algeria last month and started in both games.

Zemura joined Queens Park Rangers’ academy at the age of six before moving to Charlton Athletic, where he spent seven years in their youth setup.

He was signed by Bournemouth following a successful trial period in 2018 before going on to make his debut for the club in September in an EFL Cup tie against Crystal Palace at the Vitality Stadium, which Bournemouth won 11–10 on penalties after a goalless draw in regulation time.

Zemura scored his penalty in the shootout and has never looked back since then as he seeks to establish himself as a first team regular.