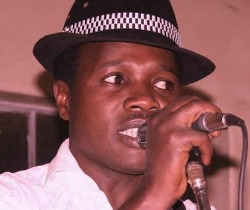 WORDSMITH and prominent musician Leonard Karikoga Zhakata takes Mutungadzese, his latest album released earlier this month, to Mashonaland, with two shows lined up this weekend.
The Master of Song and his backing group, the Zimbabwe All Stars, play at Club 007 Hideout in Glendale on Friday 29 July, before proceeding to Chivavaya Night Club in Guruve on Saturday 30 July.
Zhakata has been touring since the release of his latest album.
He has so far been to Kadoma, Masvingo and Beitbridge where the shows have attracted large crowds and fans, both new and old, have fallen in love with the new offering.
Zhakata rose to prominence in the early 1990s when he was part of the Maungwe Brothers working together with his late cousin, Thomas Makion. He was to go solo down the line. In his solo career, Zhakata became a success releasing Mugove which was not just an instant hit but remains one of the best tunes ever to have come out of Zimbabwe.