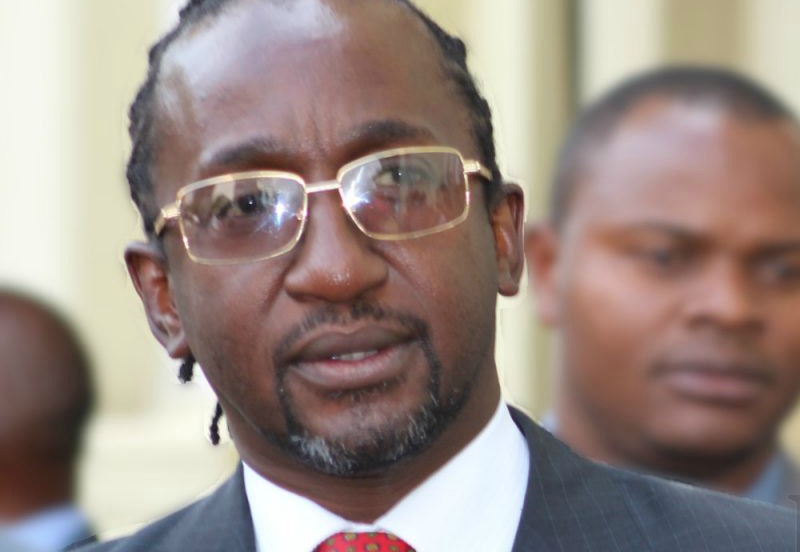 EXILED former cabinet minister and nephew to former President Robert Mugabe, Patrick Zhuwao has accused the Emmerson Mnangagwa led government of attempts to twist the Mugabe family’s arms into disrespecting the late former leader wish to have his remains interred at his rural home.

Zhawao was speaking at the Economic Freedom Fighters (EFF) memorial ceremony held in honour of the late Zimbabwean leader in South Africa Thursday.

Zhuwao blasted “two-faced” Mnangagwa whom he accused of tormenting his once powerful uncle.

Mugabe was toppled 2017 in a military coup which replaced him with his then deputy, Mnangagwa, setting the stage for hostile relations between the former allies.

A bitter Mugabe would later on tell his immediate family that he would not have his successor Mnangagwa pontificate over his funeral.

“I spoke this morning with Amai (Grace) Mugabe. She instructed me to issue a statement, to disseminate a statement that she and the immediate family had put together.

“The statement is that they are being coerced by EM (Emmerson Mnangagwa) to ignore President Mugabe’s wishes on where his mortal remains should be interred.

“I call upon you (EFF) to help the family and have the wishes of President Mugabe be recognised,” Zhuwao said.

Mugabe’s nephew singled out Defence minister, Oppah Muchinguri, Victor Matemadanda and Mabel Chinomona as some of the individuals who had called the former President a “traitor” and tortured him.

He said, “It is not possible that Emmerson Mnangagwa and his henchmen pontificate over President Mugabe.

“Some of the comrades that are now wanting to stand and pontificate over his funeral refused to acknowledge him, they tormented him, they made him suffer.”