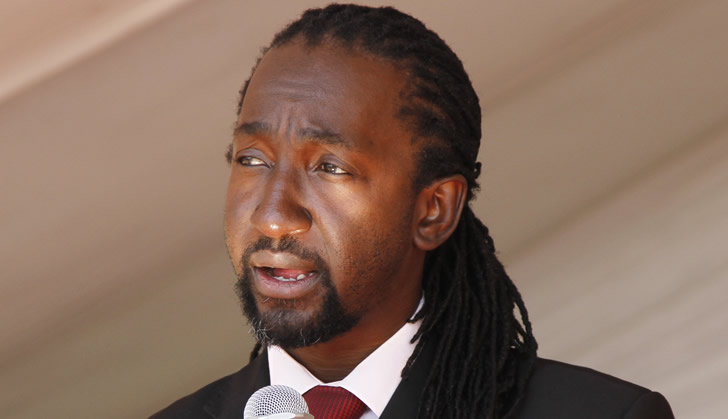 Former Youths minister Patrick Zhuwao has pleaded with ousted National Patriotic Front (NPF) President Ambrose Mutinhiri to back MDC Alliance’s Nelson Chamisa’s saying it is the only way the November 15 coup can be reversed.

Zhuwao, a nephew to former president Robert Mugabe, said Mutinhiri should pull off from the presidential race to ensure Zanu PF’s Emmerson Mnangagwa does not win by default.

“Another reality is that the two main contenders for the Presidency are Chamisa and Mnangagwa,” Zhuwao said in his open letter to the brigadier general this Wednesday.

“Given this reality, allow me to conclude General by saying that the overall objective of reversing the coup cannot be achieved by denying Chamisa the NPF vote and handing a victory to Mnangagwa on a silver platter.

“The ‘next best’ way of reversing the coup is to support the candidature of Nelson Chamisa. By supporting Chamisa, it is possible to reverse the coup. That, General, is politics; that is the art of the possible, the attainable; the art of the next best.”

Exiled Zhuwao is among the many former Zanu PF elite leaders who lost their grip on power together with Mugabe when there was a military coup end of last year. Mnangagwa, backed by the army and the winning ruling party faction Lacoste, became of the successor of Mugabe who had led Zimbabwe for 37 years.

The losing faction, widely known as G40, then formed the NPF party to contest next month’s election. Unfortunately, it has suffered leadership changes with Eunice Sandi Moyo being appointed to take over as interim leader from Mutinhiri, who had resigned from the Mnangagwa government in March to lead the new political outfit. Leaking information to Zanu PF and opposing the party’s wish to join the MDC Alliance were some of the reasons cited for his sacking.

Nevertheless Mutinhiri, who dismissed the sacking then as illegal, went on to file his presidential bid under NPF, with 22 other contenders, when the nomination sat last week. Elections will be held on July 30.

Zhuwao said his plea was rooted in Otto van Bismarck’s “Politics is the art of the possible, the attainable – the art of the next best” quote and political realities of Zimbabwe as well as NPF now.

“The objective reality arising from a realistic and critical analysis of the outcome of the nomination process shows that NPF does not have the ground force to sustain a successful Presidential bid.

He added, “There is a possibility that your participation will result in a run-off. General, you and I know that a run-off where one of the contestants is an incumbent who rose through a military coup would be a recipe for disaster that would make 2008 pale into insignificance. We will die like flies this time. DDT will be used again!