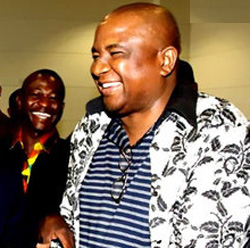 The Zimbabwe Football Association (ZIFA) has put a stop to the pending Highlanders Football Club elections without the former’s authorisation.
Bosso intended to hold elections in February to co-opt new members to the club`s executive.
Some of the posts being jostled for include that of the chairman and secretary general.
The incumbent Bosso chairman Peter Dube was, in 2016, suspended by ZIFA from taking part in all football related issues.
In a letter to the Highlanders Chief Executive Officer Nhlanhla Dube, ZIFA Secretary General, Joseph Mamutse, said the club could not hold elections to replace the suspended chairman as the matter was yet to be resolved.
“Please be reminded that Highlanders FC is a member of ZIFA and no elections can be held without the Association`s authorisation.
“We also wish to remind the club that Mr Peter Dube is still on suspension and his matter is before the congress and it is, therefore, improper to hold elections before the finalisation of the matter,” wrote Mamutse.
Bulawayo-based businessman and Bosso benefactor Kenneth Mhlophe had already launched a bid to replace Dube.
In another letter to all Premier Soccer League club, ZIFA directed that those seeking for posts within the clubs should have more than 5 years` experience in football administration.
“The Zimbabwe Football Association is in the process of organising elections for all its members and all clubs are advised their elections would be held during the same period with all ZIFA members.
“All clubs are advised that these elections would be presided over by the ZIFA Electoral Committee and five years’ experience in football administration is a prerequisite for all candidates who wish to run for office for these elections,” said Mamutse.
ZIFA President Phillip Chiyangwa is seeking re-election as the country`s football boss with elections slated for this year.   Advertisement