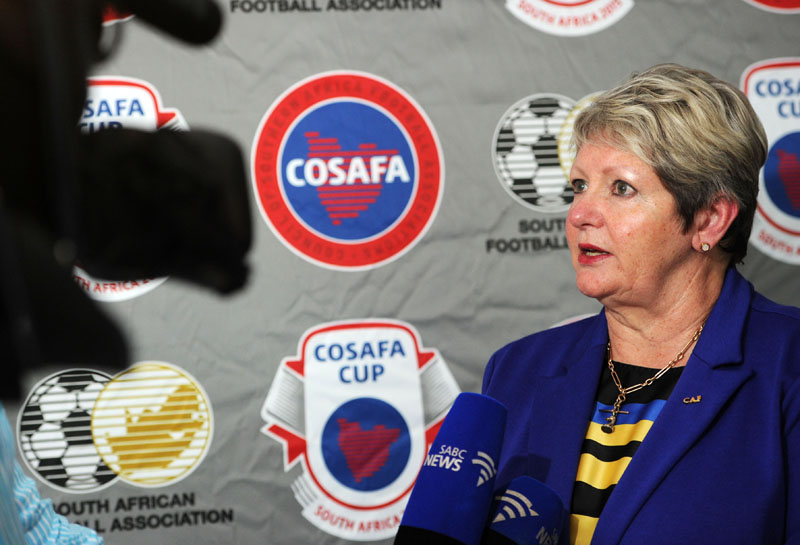 THE venue for the 2019 COSAFA Cup‚ potentially the most crucial regional championships in years‚ remains up in the air after the Zimbabwe Football Association (ZIFA) reneged on a signed agreement to host this year’s tournament.

The timing of the competition‚ to run from May 25-June 8 and ending less than two weeks before the start of the Africa Cup of Nations‚ could give the COSAFA region’s five qualifiers the perfect preparation for the continental finals in Egypt.

Not only would Bafana Bafana coach Stuart Baxter have three matches against good quality opposition‚ but also precious time in camp with players to work on fine-tuning their continental challenge.

But that is now up in the air and may force the South African Football Association (SAFA) to arrange expensive friendlies elsewhere‚ a conundrum facing Zimbabwe‚ Angola‚ Namibia and Madagascar as well.

ZIFA had indicated to COSAFA in January that they would host this year’s event‚ signing an agreement to that effect‚ but when the Zimbabwe government pulled out citing a lack of preparation time‚ they took with them the financial guarantees necessary.

According to COSAFA‚ ZIFA indicated that they would press ahead in any event‚ before pulling out last week. ZIFA will now be hauled in front of a COSAFA DC in Johannesburg on Thursday‚ where they are likely to face a significant fine.

“COSAFA is particularly disturbed by the management of the process by ZIFA as 2019 is a critically pivotal year for football in the Sub-Saharan region‚” COSAFA said in a statement.

“For the first time in 21 years‚ five COSAFA member countries have qualified to participate in the continental showpiece‚ including Zimbabwe’s celebrated Warriors.

“The COSAFA Senior Tournament has consistently proved to be a vibrant platform of opportunity for all competing countries‚ and in 2019 has become a key factor in pre-AFCON preparation for the successful qualifiers‚ with Coaches and team Management planning to use the COSAFA tournament to fine tune their training prior to the AFCON June 21 kick-off.”

But the Southern African football body says they remain hopeful that ZIFA will be able to reverse their decision.

“COSAFA remain hopeful that ZIFA will remedy the current situation prior to the DC hearing on April 4.”

Should that not transpire‚ then COSAFA will have to find an alternate venue or not play the tournament in 2019‚ which would be a blow to all teams from the region.

South Africa has all the required infrastructure‚ and hosted three of the last four COSAFA tournaments‚ but SAFA would need to rely on a local municipality also coming to the party at short notice.