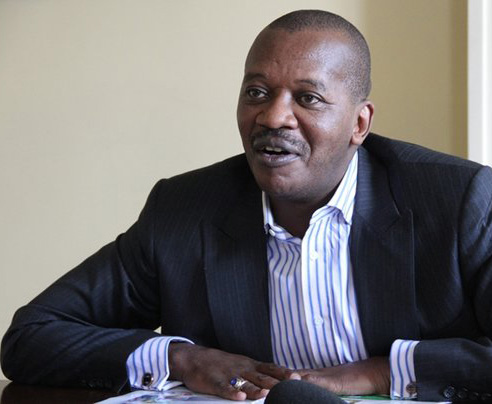 ZIFA presidential hopeful Lesley Gwindi has launched his manifesto for the 5 December elections, imploring the voting councilors not to take back Zimbabwean football to the dark Cuthbert Dube era.
Gwindi will contest against Trevor Cresle-Juul, Philip Chiyangwa and James Takavada in the bid to lead Zimbabwean football.
It would be the third time for Gwindi to contest in the Zifa elections, having lost his last two attempts to land the top post.
The former Dynamos secretary-general launched his manifesto under the “do the right thing” theme saying it is time for local football to move forward from its dark age.
The Cuthbert Dube era is regarded as the worst ever period of Zimbabwean football.
“I am guided by the theme that ‘do the right thing.’ When we fail, the next thing is doing the right thing. I am positive that the councilors now know what they want,” Gwindi said.
“They have learnt from their past mistakes so this is the time to do the right thing. I have been telling them that let us do football things now so that past mistakes will not catch up with us. We do not want to go back but instead move forward.”
If voted into power, Gwindi also promised to make reforms of the Zifa constitution which he described as a “confidential document” which is not open to public domain.Advertisement