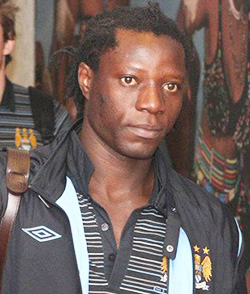 FOR the next two years, and even possibly beyond, Zimbabwean football could take new steps, perhaps in the right direction judging by the candidates that have put their names up for the December 5 Zifa elections.
The nominations closed last Thursday and by end of day 17 candidates had filed their papers. The vetting process was expected to take place at 2:30pm on Saturday after the burial of Warriors legend Paul Gundani in Kwekwe, who passed away on Wednesday.
The final list will be released thereafter and those intending to appeal against disqualifications will do so between November 9 and 12, with the final list to be sent to the General Assembly (the voting councillors), on November 15.
Two businessmen, one based in Harare and the other in South Africa respectively, Phillip Chiyangwa and Trevor David Carelse Juul are in the race for the presidency together with former Premier Soccer League and Dynamos secretary Leslie Gwindi and former Ziscosteel and Warriors player James Takavada.
Juul faces disqualification as the new constitution says candidates should have been resident within the jurisdiction of Zifa in the last five years.
He might appeal since he did take part in the 2014 elections under the same laws and the assembly, according to sources, is not aware when that clause was inserted.
Item four of Article 32 states that “members of the executive committee shall already have been in active football administration, at least for five years, must not have been previously found guilty of any criminal offence under national criminal law and have residency within the territory of Zifa.”
Takavada has been out of football limelight for a long time while Gwindi, who has been rejected by the same voters twice, in 2010 and 2014, stands no chance.
That leaves Chiyangwa as the odds on favourite to win race to replace Cuthbert Dube.
For the vice presidency, two former Highlanders executive committee members Elkanah Scott Dube and Omega Sibanda are in the race, so is former Dynamos chairman Lincoln Mutasa.
Sibanda is Chiyangwa’s running mate and has been endorsed by the four regions – Northern, Southern, Eastern and Central.
Elkanah Dube, the vice principal of Hillside Teachers College, is the current Highlanders board of directors vice chairman and was the chairman of the Local Organising Committee of the Africa Union Region Five Games that were staged in Bulawayo last December.Advertisement

He has generally stayed away from the politics of the game, but is seen as an astute and level headed football administrator.
It was only on Tuesday that Elkanah Dube had said he was not contesting, leaving Sibanda with a clear path to return to Zifa.
But the recent developments mean Sibanda has to pull up his game against a formidable opponent, who claims he has been asked to run by the councillors.
Sources say while councillors fully back Chiyangwa, they are wary of creating a ‘Chiyangwa Boys Club’ and would not back Sibanda.
Mutasa, the former Dynamos man, is an outsider in the race.
Former Warriors skipper, Portsmouth and Manchester City forward Benjani Mwaruwari has decided not to contest despite picking up nomination papers on Tuesday.
For the four posts of board members, Caps United chairman and Harare lawyer Lewis Uriri is in the running and in Chiyangwa’s corner with the latter’s campaign being handled by Caps owner Farai Jere. That can provide a slippery slope for Uriri.
Former Warriors, Ajax Cape Town and Moroka Swallows midfielder Edzai Kasinauyo, being the only player in this category, stands a huge chance of landing a seat on the board.
Confederation of African Football (Caf) instructor and ex-referee Wilfred Mukuna also has a better chance than most of the candidates, some who are coming from now defunct clubs.
Should these three win the posts, then the last one could go to Musa Mandaza, the man responsible for leading the crusade to push out ex-Zifa president Cuthbert Dube last month. The idea was to have all four regional bosses go in uncontested but now they have to face the electorate.
Other contestants Musa Gwasira, Jackson Munyaka, Philemon Muchana and Lewis Matindife are viewed as time wasters, who carry no clout with the councillors.
The other two posts on the board will be filled in by Premier Soccer League chairman Twine Phiri and interim women football league boss Elizabeth Langa.
LIST OF CANDIDATES