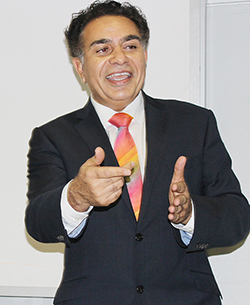 ZIFA presidential aspirant Trevor Juul is confident of meeting the Tuesday deadline to furnish the electoral committee with his nomination papers.
The electoral committee is expected to meet on Tuesday to finalise the vetting of candidates ahead of the Zifa elections set for December 5.
The South Africa based businessman had his papers rejected by the nomination court on Saturday on the grounds that they did not have finger prints and proof that he has been resident in the country for the past five years as stated in Section 32(4) of the Zifa constitution.
The section reads: “The members of the executive committee shall have already been active in football administration for at least 5 years, must not have been previously found guilty of a criminal offence as defined under national criminal law and have residency within the territory of Zifa.”
Juul, who lost to Cuthbert Dube in the second round of last year’s Zifa elections, resides in South Africa.
Juul’s election agent Stanley Makombe said Monday that they would meet the deadline and furnish the committee with the required information.
“They raised three issues,” said Makombe.
“One, they said they need a police clearance that is addressed to them as well as finger prints. The second issue has to do with residence.
“We produced title deeds that show that Trevor owns properties in Harare but they are saying one can own property in a country but not be resident in it.”
He added: “The third one has to do with the manner in which Juul left the post of Zifa president when he served in the 90s.
“The committee is of the mistaken belief that he was suspended when in fact he resigned. On this one we have said the onus to prove that he was suspended is on them, not us.”
Makombe is confident of meeting the Tuesday deadline.
Other presidential candidates Philip Chiyangwa, James Takavada and Leslie Gwindi had their papers accepted without any problems by the electoral committee.Advertisement