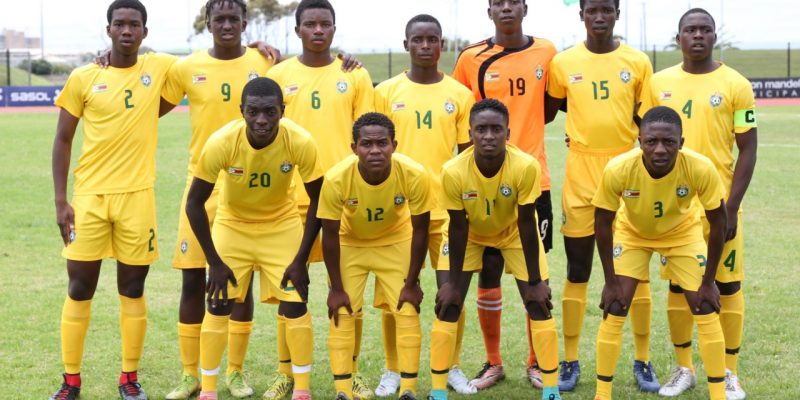 ZIFA has questioned COSAFA’s decision to disqualify the Young Warriors from the regional tournament before vowing to challenge the age cheating allegations made against Zimbabwe’s Under-17 team.

COSAFA on Friday revealed that Zimbabwe was one of four teams disqualified from the showpiece due to the alleged use of players over the age of 17.

Commenting for the first time since the disqualification, ZIFA described COSAFA’s decision as “surprising and questionable”.

The local football mother body revealed that they carried their own MRI tests on the participating players before the start of the tournament and would be challenging the results of the tests conducted on the players by the regional body.

“The Zimbabwe Football Association (ZIFA) received with great disappointment, the correspondence from COSAFA to the effect that our Under 17 team has been disqualified from 2020 edition after one of the players failed a Magnetic Resonance Imaging (MRI) test,” ZIFA said in a statement.

“This is indeed surprising and questionable since we carried out similar tests on the boys and disqualified six (6) for failing to satisfy the bone fusion criteria, taking only those determined to be of the correct age. ZIFA does not condone age cheating and will conduct further investigations on how the six (6) who were dropped failed the tests.

“All the boys that travelled for the tournament were tested at a reputable MRI centre in Harare prior to their departure and the centre used a fairly powerful 1.5 T machine.”

“The MRI results were also reviewed by a Specialist Radiologist, Dr Z Sirdar. Our chief medical officer Dr Edward Chagonda is also a CAF certified medical officer. Our team doctor Dr Rabson Zhou who travelled with the team has all the test results with him as proof.

ZIFA said they would be challenging the decision to disqualify our team and has requested COSAFA to avail the name of the player who is alleged to be over the required age.

“We have appealed against the CAF and COSAFA decision and we are confident that we did not deliberately breach regulations governing the U17 tournament.”