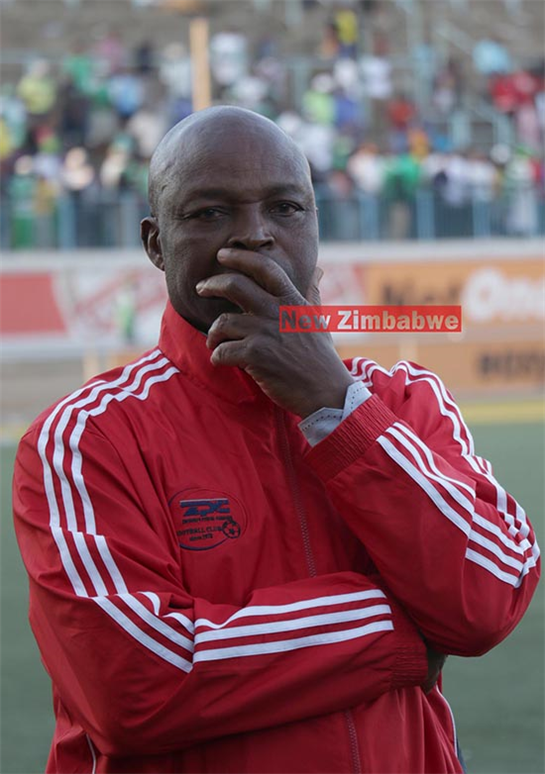 THE Zimbabwe Football Association (ZIFA) has finally settled for veteran coach Sunday Chidzambwa as substantive Warriors coach after trying out different locals for the senior national football team’s recent international commitments.
The development was announced by the football mother body on its website Wednesday.
Chidzambwa’s appointment is with immediate effect and is “on a one-year performance-based contract”.
“The Association is confident that the coming in of Chidzambwa, Zimbabwe’s most successful coach, will steer the Warriors towards the 2019 Total Africa Cup of Nations finals as he has no club football distractions,” ZIFA said.
“ZIFA on its part will endeavour to provide all the necessary support to ensure success for the Warriors.”
Chidzambwa, who has just severed ties with premiership side ZPC Kariba, was the first coach to lead Zimbabwe to the Afcon finals in Tunisia in 2004 and he has won the COSAFA Castle Cup a record three times, with the latest coming in 2017.
At club level, he led Dynamos to the CAF Champions League final in 1998 and he won three league titles with the club in 1994, 1995 and 1997.
“We wish him all the best on his full time return to the Warriors fold,” ZIFA said.
Before his appointment, ZIFA gave the Warriors job to different local coaches whose stint with the country’s most popular football outfit only lasted for the duration of each assignment.
Coaches who have been in charge of the Warriors in the recent past include 2017 premiership soccer league winner Norman Mapeza and ZIFA technical director Wilson Mutekede.
Mapeza, who was a favourite for the job, is however tied down to a lucrative contract with the FC Platinum and could not commit himself with the Warriors job after ZIFA could not furnish him with a clear calendar on when his services would be required at every given time.Advertisement