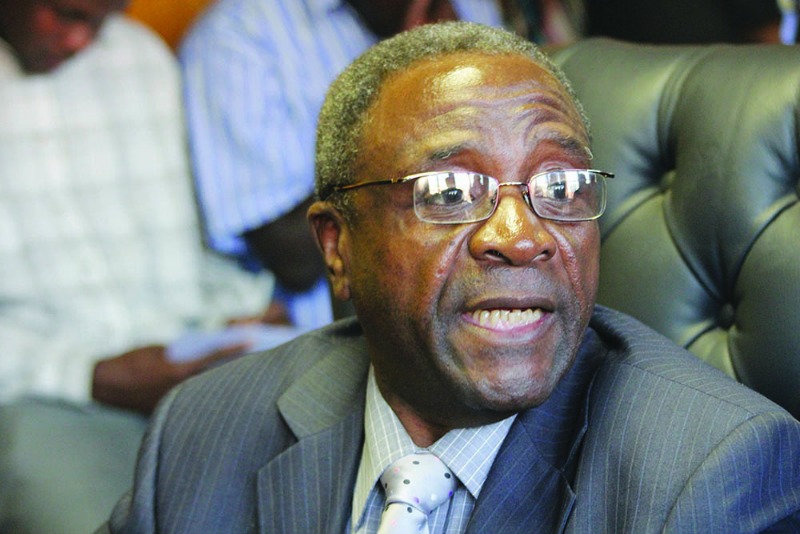 THE cash strapped Zimbabwe Football Association (ZIFA) is set to repay its former president Cuthbert Dube almost a million RTGS dollars he advanced to the local football mother body during his tenure, NewZimbabwe.com can reveal.

According to the audit report by Baker Tilly Chartered Accountants, for the year 2018, tabled at the association’s Annual General Meeting (AGM), Dube who is owed $918 000 is one of the association’s biggest creditors.

The association’s audited financial report presented to its congress at the weekend showed that Zifa is saddled with a $7 million legacy debt.

ZIFA board member finance Philemon Machana said the soccer controlling body had already begun the process of meeting the creditors with a view to finding a solution to resolving the issue.

Machana said after having started discussions with some of its creditors, they would soon engage Dube, whose previous attempts to recover his dues during his successor; former ZIFA boss Philip Chiyangwa’s reign hit a brick wall.

“We are going to engage Dr (Cuthbert) Dube. We haven’t yet talked to him but we are definitely going to engage him. What we also want to do as a matter of strategy is to start by paying off those small creditors which we can quickly deal with without any problems,” Machana said.

“Dr Dube is one of the biggest creditors. I think he is the second or third biggest creditor of ZIFA after the banks. So we are going to engage him and we will pay,” he said.

Dube, who left the organisation in 2015 after a vote of no confidence, has in the past claimed that he assisted with the paying of staff salaries, national team players’ bonuses and allowances, as well as paying accommodation for visiting national teams.

His bid to recover his dues was however frustrated by the previous ZIFA board even after the global football body, Fifa, acknowledged that he was owed that amount.

Machana revealed that the association had made significant strides in settling its legacy debt by engaging and agreeing payment plans with its various creditors such as former employees and local banks.

“I can say we have really done tremendously well in that area (debt), in fact we have started with what we call priority creditors and former employees. We have engaged each and every ex-ZIFA employee of course in the presence of their lawyers and agreed on a payment plan. We have settled out of court and we have actually started paying agreed amounts monthly,” he said.

“We’ve also paid the Daisy Lodge, former ZIFA CEO Jonathan Mashingaidze part of his money and have even engaged the former ZIFA lawyer Ralph Manganga. These are just a few that are coming into my mind but we have actually started the process of reengaging and paying. We anticipate that by next year at the latest, the legacy debt should be a thing of the past,” Machana added.

The Zifa debt is one of the issues that had become a source of hostility among stakeholders of the game.

When Chiyangwa took over in 2015, he unsuccessfully attempted to evade paying creditors by rebranding ZIFA to the National Football Association (Nafaz).

He later promised to deal with the debt, but according to the audit report by Baker Tilly Chartered Accountants, for the year 2017, tabled at the elective congress last December, the soccer controlling body has not been paying its creditors with the debt increasing to almost RTGS$9 million.

The new ZIFA administration has, however, chosen to engage the creditors most of whom include the association’s former workers and coaches, Postal and Telecommunications Regulatory Authority of Zimbabwe (POTRAZ) and local banks.