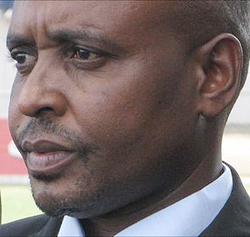 ZIFA is scheduled to finalise the issue of the relegation format to be used by the Premier Soccer League (PSL) at its assembly meeting scheduled to take place on July 26.
The ZIFA Assembly has 58 members, 16 of them comprising the Premier Soccer League clubs representatives.
“I am glad to say that the ZIFA Assembly scheduled for next month will finalise the issue of the relegation format for the Premier Soccer League … the assembly is the highest parliament of football,” said Zifa CEO Jonathan Mashingaidze.
Currently four teams are demoted at the end of each season to accommodate winners from the Southern, Eastern, Northern and Central regions.
Last year the PSL leadership appealed to ZIFA to review the format and urged a reduction in the number of teams that are relegated from the country’s elite league.
PSL leaders felt that the current set up where four teams are demoted effectively amounted to the reduction of 25 % of the teams from the league which was too high and affected the competitiveness of local football.
The PSL also cited examples from most countries such as South Africa, Zambia and Botswana where not more than two clubs are relegated from the top flight.
The ZIFA Assembly will now work on the relegation modalities and come up with a final decision on the issue.Advertisement