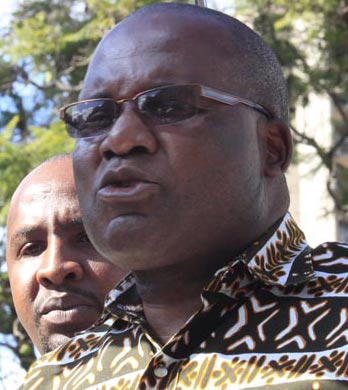 THE Warriors are still to be paid for the impressive showing at the CHAN tournament with the national association urging the players to remain calm saying they have yet to receive the price money from the Confederation of African Football.
Zimbabwe came fourth at the tournament which was held in South Africa between January 11 and February 1, which entitles the country to some $250,000 in prize money.
However, Zimbabwe Football Association (ZIFA) spokesman, Xolisani Gwesela said CAF have still to remit the money.
“We have not received anything from CAF just like any other nation that participated. However, we are optimistic that CAF will transfer the money as soon as they are done with their logistics,” Gwesela told the Herald.
“We appeal to our beloved Warriors to remain patient and calm and they are assured of their funds.”
Coach Ian Gorowa and his squad won plaudits for their performance in South Africa with a number of players winning contracts with clubs south of the Limpopo after the tournament.
Zimbabwe made it to the semi-finals where they lost in a penalty shootout to eventual tournament winners Libya. They then lost the third place play-off to Nigeria.
It was the third time that Zimbabwe were taking part at Chan, having been to the inaugural tournament in Cote d’ Ivoire in 2009 under Sunday Chidzambwa and also participated at the Sudan competition two years later with Madinda Ndlovu in charge.
Meanwhile, Gwesela said they were yet to decide on the Warriors opponents for a possible friendly on March 5, the next FIFA date for international friendlies.
Several countries have expressed an interest in playing the Warriors, among them Uganda, Rwanda, Gabon, Malawi and Botswana.
“We are still looking at various logistics required for us to play that friendly. We are confident that we will utilise that date and we will communicate our position in due course,” Gwesela said.
“It would be up to Gorowa to include whoever he wants for the assignment. We take pride in the independence of the technical team,” Gwesela said.
Advertisement