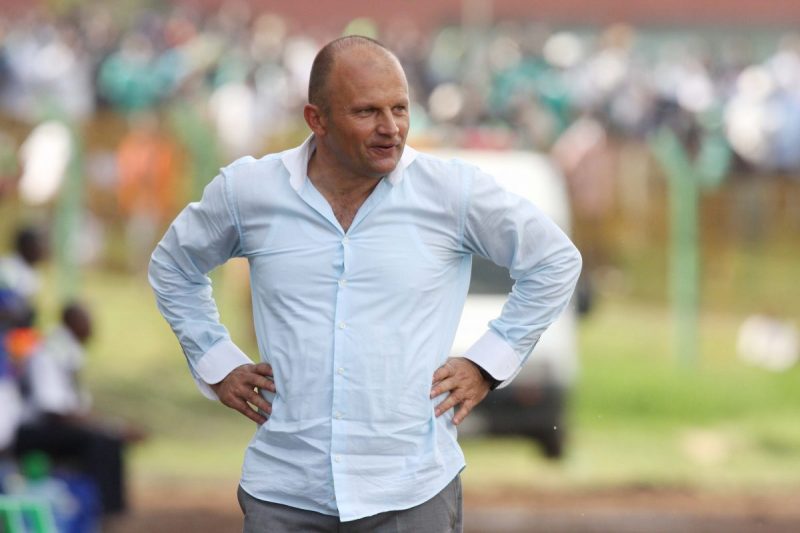 Chagonda, who is the ZIFA board member in charge of competitions, was the head of delegation for the Warriors contingent in Ethiopia ahead of the 2022 World Cup Group G encounter which Zimbabwe lost 1-0 to the hosts at the Bahir Dar Stadium on Tuesday.

In his letter to ZIFA president Felton Kamambo and fellow board members, Chagonda said the Warriors could continue to sink should ZIFA not act fast and wield the axe on the 55-year-old foreign coach.

“I couldn’t wait to endure a flight beyond six hours to engage you and pour my heart out. I had to burn the midnight candle to pen this missive after a disappointing loss to the hosts,” said Chagonda in the letter which was leaked to the media on Wednesday.

“Admittedly, president, under your astute leadership, the ZIFA board has achieved a lot (off the pitch). I consider myself lucky to have served under your administration because you are an honest man whose love for the game remains undoubted,” wrote Chagonda.

“I know how passionate you are about the beautiful game. This is the reason why you prioritised the clearance of the ZIFA debt and freed the association from the painful yoke it had carried for years.

“It is for this reason that I feel pained when our board and your personality is subjected to unfair, unjustified criticism and ridicule from some quarters. To all this, your response has remained the same, ‘let football do the talking.”

Chagonda, who is expected to arrive back in the country on Thursday together with the rest of the Warriors contingent, also outlined some of the weaknesses he observed during their tour of duty.

“Mr. President, I am sorry to say, but I wish to vehemently pursue and sustain an argument from our recent board meeting that the head coach, Zdravko Logarusic, is now a liability and an albatross on our neck.

“True to your word, football has talked. Beyond the facts laid before us to the fact that the national team coach lacks basic appreciation of the game, he is too temperamental and lacks leadership skills.

“The coach does not consult other members of the technical team; that is, if he plans his workout because I am reliably informed his training programme does not change (he has one predictable training drill) …The long and short of it, Mr. President, my recommendation is to part ways with Mr. Logarusic immediately.”

Chagonda believes ZIFA has to pick a local coach to replace the beleaguered gaffer.

The local soccer family, he added, was losing confidence in their administration.

“We have just started mobilising resources, fundraising for the AFCON campaign, but under these dire circumstances, it will be difficult, if not impossible, to get any meaningful support from stakeholders.

“The whole nation has lost confidence in both the gaffer and our administration. National confidence has plummeted to the lowest ebb under our watch. We need to rise and make decisive decisions to save our football.”

Chagonda’s sentiments come at a time when fans across the divide have united in calling for Loga’s sacking due to the Warriors’ poor record under his watch.

The expatriate helped Zimbabwe qualify for next year’s AFCON tournament although; the foundation for the successful campaign was laid by Joey Antipas during his tenure as interim coach.

Under Logarusic’s watch, the Warriors have won only once in 14 matches but ZIFA have stubbornly backed him to turn around the team’s fortunes.