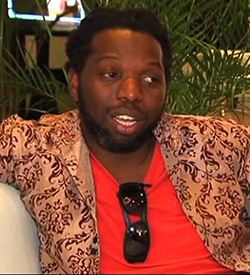 ORGANISERS of the Zimbabwe International Film Festival (ZIFF) have promised film lovers fireworks during the 18th edition of the festival scheduled for early next month.
Set to run in Harare from 1 to 8 October, this year’s festival whose theme is “Reel, Sound, & Music”, will be launched with the multiple award winning film, Amy.
“The film, Amy, which is the highest grossing British documentary of all time deals with the controversial life, music, and tragic death of British soul singer Amy Winehouse,” said festival director Farai Elton Mjanana in a statement today.
“To date, the documentary has won over 40 awards including the prestigious Academy Awards (Oscars) for Best Documentary Feature in 2016.
“On the Zimbabwean front, ‘Escape’ a full length feature film makes its World Premiere at ZIFF2016.
“Starring celebrities such as Afro jazz artist Selmor Mtukudzi and HIFA Executive Producer Maria Wilson, this is easily one of the must-attend attractions of the festival.”
A French film “Atilla Marcel”, German film “The Long Distance” and a United States film “Dope” and “Purple Rain” will also be shown at the festival.
Other embassies hosting films during the festival include Italy and Japan with the Japanese also conducting outreach screenings in various high density suburbs.
“With Pharrell Williams and Sean ‘P Diddy’ Combs as co-executive producers, two of the biggest names in the hip-hop world, ‘Dope’ is a sure hit for all hip-hop heads both old and young,” Mjanana said.
The festival will this year co-host the Awards Night with MNet’s Zambezi Magic. Various Awards will also be presented to eligible films in different categories, including the popular Zimbabwe Calabash reserved for local entries.
“Other awards to look forward to at this black tie event include the time-honoured Safirio Madzikatire Awards for Distinguished Contribution to Film, that is given to local artists with an outstanding record of contribution to Zimbabwe’s film industry,” said Mjanana.Advertisement