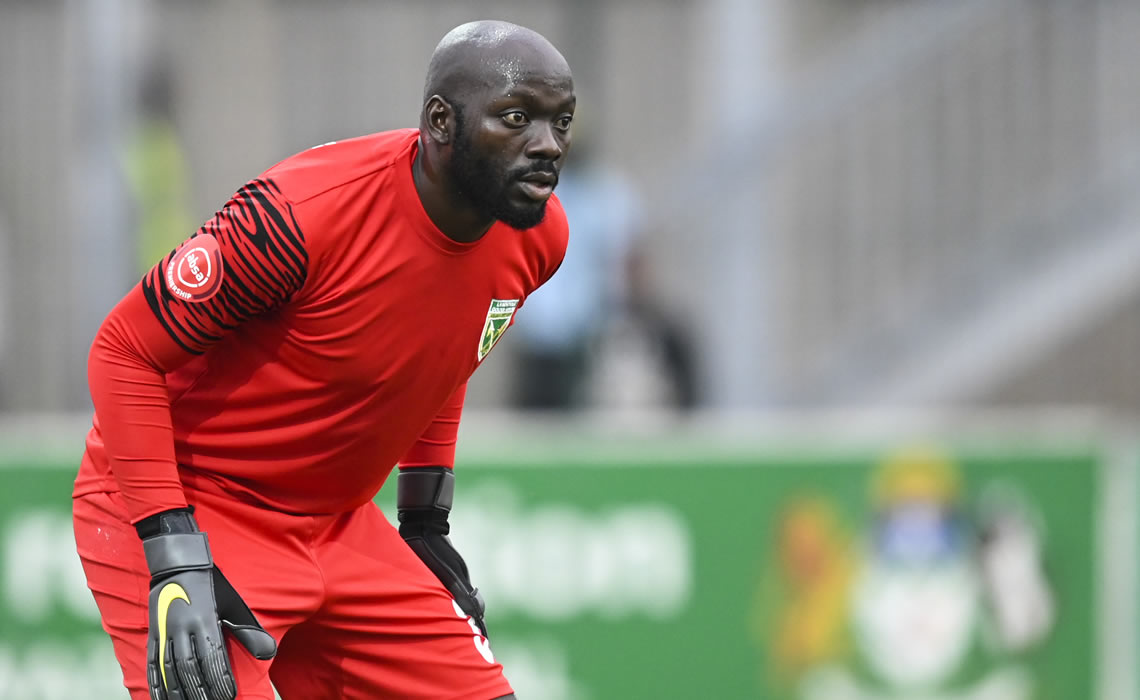 FORMER Warriors goalkeeper Edmore “Zikeeper” Sibanda has been hogging the limelight in his maiden season in South Africa’s topflight league following a string of impressive performances at in-form Absa Premiership side Golden Arrows.

Affectionately known by Zimbabwean fans as “Zikeeper” on account of his huge frame, the 32-year-old former CAPS United gloveman has been a regular feature between the sticks for his new paymasters.

Sibanda has featured in all Arrows’ 11 league matches and two fixtures in the Telkom Knockout where he is yet to concede a goal in the cup competition.

Golden Arrows, who are also home to Warriors players, Danny Phiri and Knox Mutizwa, are enjoying a solid campaign in the South African topflight football.

They are fourth on the log standings and are on the verge of a place in the Telkom Knockout final.

The club’s brilliant run of form has been mainly due to Mtizwa’s goalscoring prowess and Sibanda’s fine record in goal.

Sibanda’s sublime displays are even more remarkable if one considered that his then brief flirtation with South African football appeared over after his former club Witbank Spurs were relegated to the third tier of the country’s football last season.

Sibanda’s fortunes however started to change when he was drafted into the Zimbabwe Warriors squad that played at the Africa Cup of Nations (Afcon) in Egypt in June this year.

He was in goal for Zimbabwe when the Warriors narrowly lost 1-0 to hosts Egypt in the opening game of the competition in a match he featured brilliantly but became unlucky when he was pulled out 10 minutes from time due to injury.

“That’s how football works,” said Sibanda on finding himself at Arrows. “It’s about the opportunity and taking your chances.

“It’s just the faith – you can’t hide away from what God is doing in people’s lives…Like getting a [national] call-up whilst playing in the South African National First Division, it’s just something from God. And getting there [to the Afcon] and then getting a call from the Arrows boss saying, ‘I want you here’.

He added: “You can only attest to what God is doing in my life. I have had experiences with God in my entire life. So, you can only give praise back to Him.”

Sibanda is hoping his good form in the Telkom Knockout will continue when his team hosts heavyweights Mamelodi Sundowns in the semi-finals of the cup competition at the Sugar Ray Xulu Stadium in Durban on Saturday.

His team beat both Polokwane City and SuperSport United by an identical score of 1-0 to face Sundowns in what will be a grudge encounter.

This follows Arrows’ 3-2 victory in the league against the Brazilians in the same venue two weeks ago.

On Saturday’s game, Sibanda said it was important for him and his teammates to remain vigilant and not think too much about their league victory against Sundowns.

“Just playing Sundowns is motivation on its own,” he said.

“It’s about the mentality – keeping your feet on the ground and understanding what’s at stake. We had the same with Polokwane and SuperSport. Those were not easy games, just playing them back to back.

“We played Sundowns and beat them once and now they know. So, it’s all about maintaining your focus and knowing what’s at stake.

“Right now we know that Sundowns are going to come at us. So, it’s just about applying ourselves and keeping our feet on the ground.”

Winning the TKO will be the cherry on top for what has been a topsy-turvy career for Sibanda, who started his at Chapungu before going to enjoy a successful spell at CAPS United.

At some point, he was banned for life from professional football after his messy involvement in a match-fixing scam commonly referred to as Asiagate.