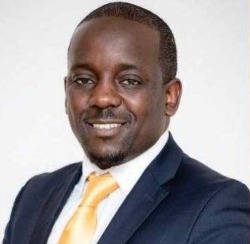 THE Zimbabwe Achievers Awards have spread to Australia, with the debut version of the awards set for this October 28 at the Hilton Hotel, Adelaide.
Shepherd Mutusva, the ZAA Australia country Coordinator, said in a statement to New Zimbabwe that nominations had since opened and would run until July 31.
Nominations were open to businesses and persons who excelled in their various fields.
“We urge people to send in time their nominations of Zimbabweans living in Australia and to also purchase tickets as this a great opportunity to network and bring progressive Zimbabweans together, the inaugural event will be a unique opportunity for the many Zimbabweans in Australia to celebrate their own successes”, Mutusva said.
Mutusva said the number of Zimbabweans in Australia had grown over the years, many of them excelling in their different economic activities in the same way their fellow countrymen in the UK, USA and South Africa, where Zimbabwean communities were traditionally settled, were doing.
“Interestingly Australia has seen a growing number of Zimbabweans moving to settle there for various reasons, with some individuals having been in that country for decades and doing very well. As such, the Australian version is expected to be just as exciting as the editions we have held in UK, US and South Africa,” said Mutusva.
ZAA International has also announced dates for the USA edition, which will be held on November 11 the Marriot Hotel in Dallas and the South African Edition scheduled for the 2nd of December.
“People are being encouraged to send in their nominations for all the ZAAs through the website www.zimachievers.com and selecting the country of choice,” said the statement.
The project, founded by Conrad Mwanza in 2010, seek to reward excellence among Zimbabweans living in countries where they make a sizeable community and has become the highlight of celebration for professional and artistic achievements by Zimbabweans in the UK.
It has spread to South Africa, USA and now Australia.