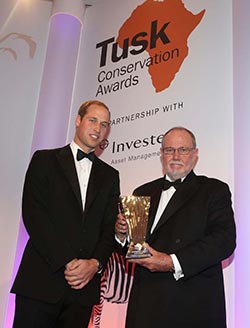 THE Zimbabwe Achievers Awards (ZAA) has announced special honours for some outstanding Zimbabweans who have made significant contributions to women and children’s rights, wildlife conservation, education and philanthropy, and youth empowerment.
ZAA chairman Conrad Mwanza awarded special honours to women and children’s rights advocate and General Secretary of the World YWCA, Nyaradzayi Gumbonzvanda, wildlife conservationist Clive Stockil, educationist and philanthropist Henry Chitsenga, and youth empowerment group Zim Youth Global Network (ZYGN).
Gumbonzvanda, a trained human rights lawyer with extensive experience in conflict resolution and mediation and, for some twenty years, an advocate on issues of women and children’s human rights, was honoured with the Chairman’s Special Recognition Award. Her work has focused on issues of violence against women, peace with justice, property rights, sexual and reproductive health and rights, and HIV and AIDS.
In 2007, Gumbonzvanda became General Secretary of the World YWCA, a global network of women and young women leading social and economic change in 125 countries. She has also served in critical roles within the UN system, focusing on many post-crisis countries across Africa.
Some of her recent achievements include work on the integration of gender equality issues in the peace processes for the Sudan, Somalia and Northern Uganda and a lead role in the International Conference on the Great Lakes Region that resulted in the adoption of the Protocol on Sexual and Gender Based Violence as well as property rights for returnees. Gumbonzvanda was also involved in the development of the Protocol to the African Charter on Human and People’s Rights on Women’s Rights in Africa.
Accepting her special honour, Gumbonzvanda, who will also be the keynote speaker at the ZAA awards ceremony this Saturday, dedicated her recognition to “the many invisible women in our communities who are making a difference and to all the young Zimbabwean women and girls who are daring to innovate and reshape the narrative of us as a people and a nation.”
“I am deeply humbled by your recognition of my contributions to advancing human rights especially the status of women and children globally,” she said.
Conservationist Stockil received the Chairman’s Honorary Award for services to Conservation and Tourism in Zimbabwe. He is the founding chairman of the Savé Valley Conservancy (which is now home to one of the country’s largest rhino populations), the chairman of the Lowveld Rhino Trust and a board member of the Zimbabwe Tourism Authority.Advertisement

In 2013, Clive was recognised by the Prince William Award for Conservation in Africa. He is one of Africa’s great conservation pioneers who, long before many others, recognised how critical it is to engage local communities in the conservation of their natural heritage.
Educationist and philanthropist Henry Chitsenga received the Chairman’s Lifetime Outstanding Contribution award. A born again Christian whose life is grounded in the principle of service to others, particularly those who are most vulnerable in society, Chitsenga is founder of the charities MWANA Trust-Zimbabwe and Sub-Saharan Children’s Hope Trust (SUCHHOPE).
Recognising that education was the way out of a cycle of poverty and a vehicle for the improvement of underserved communities, he co-formed MWANA Trust-Zimbabwe in 2006 in order to assist orphans in the country and to provide educational resources to rural schools in Manicaland Province, Zimbabwe.
Being an educator at heart, Chitsenga is passionate about nurturing young minds as the basis and foundation for future leadership in Africa. He is involved in fundraising activities in which he encourages other young people to assist their peers who are in greater need than themselves. For instance, he assisted the students of Field House at St Edward’s Oxford to raise funds to build and furnish a two classroom block, drill a bore hole and install a solar water pump at Sabvure Primary School in Nyanga, his alma mater.
Over the years, he has led various fundraising campaigns to sponsor initiatives such as construction projects at schools and the procurement of computers.
Chitsenga is continually looking for opportunities to alleviate suffering and to advance the education of children who would otherwise have no opportunities. He finds innovative ways of marrying his passion for education and his vocation of service to the poor. His charity Suchhope is sponsoring up to 441 children in school this year.
In a year that the awards ceremony is being held under the theme ‘Nurturing the youth as today’s role models and tomorrow’s leaders’, it is fitting that ZAA has honoured youth group Zim Youth Global Network (ZYGN) with the Chairman’s Special Recognition Award for services to youth empowerment.
Founded by UK-based youths Tawanda Mukoko and Nyarai Muza, ZYGN is a growing network of young Zimbabweans based in Zimbabwe, UK, Japan, Romania, USA and South Africa working towards youth development in their home country. In Zimbabwe, the group works in partnership with the youth group Mentoring Zimbabwe to deliver a range of training camps and mentoring activities for young people.
An innovative mentorship programme which ZYGN ran enabled youths abroad to mentor their peers in Zimbabwe via social media, and was so successful that it has opened the way to a much broader EU-funded initiative.
Falling under the Erasmus + programme, Project Amac’ebo is a two year international youth programme under which participating young Zimbabweans from the UK will travel back home to join with various youth organisations. Working under the Zimbabwe Youth Council, they will implement an Educational and Professional Dialogue throughout the country.
“This is a re-engagement initiative set to exchange skills, experiences, information, lifestyle, culture and yet produce an innovative model of youth development in Zimbabwe by young Zimbabweans,” Mukoko explained.
Commending this year’s special honours recipients on behalf of ZAA, Mwanza said: “We are honoured to have Zimbabweans across various walks of life who, through their talents, professionalism, commitment to excellence and a sense of responsibility to others, make us proud to be their compatriots.”
The ZAA ceremony will be held on Saturday at the Royal Garden Hotel in Kensington, London. Ticket sales are set close soon and organisers have urged prospective guests to secure their attendance on time to avoid the last minute stampede witnessed last year.