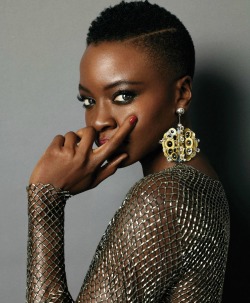 THE Zimbabwe Achievers Awards (ZAA) will this year give special recognition to women in the media and arts industry.
Running under the theme, Celebrating Women in Media and Arts, the awards ceremony will celebrate five outstanding women who have excelled in the areas that include broadcasting, film and literary arts.
According to organisers, Sony’s Head of Publicity, Taponeswa Mavunga, Forbe’s Farai Gundan, The Walking Dead actress Danai Guriria, Author Petina Gappah and former Dr Who star, Chipo Chung will be honoured at the ceremony on the 7th of May at the Royal Garden hotel in London.
“Over the years we have recognized various individuals and a number of institutions, but this year we wanted to show our support for the extraordinary work that women do that aim to uplift the community in various ways,” said ZAA Chairman, Conrad Mwanza.
“Many women are still undervalued in a number of industries, including business, and we applaud successful businesswomen like Taponeswa, Farai, Danai, Chipo and Petina who are climbing the ranks in their various industries with their passion and energy,” added Mwanza.
The prestigious awards ceremony, which celebrates its sixth year, will provide a reflective context to examine the achievements of women in the field of media, the arts and emerging technologies.
“Women have always been an integral part of crafting culture, and now, with help from the internet, they’re at the forefront of the current “maker” movement around the world.