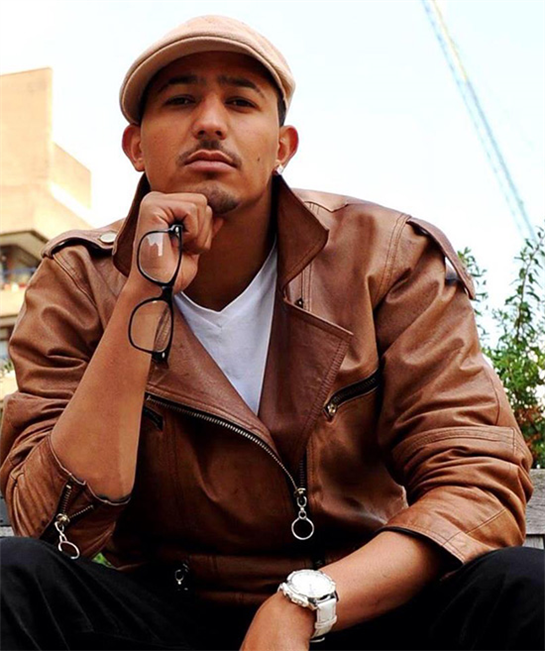 UK-BASED Afro-pop singer Kazz has been named as one of the performing acts to grace the stage at the Zimbabwe Achievers Awards (ZAA) next month.
Kazz is the first act the The Zim Achievers organisers have revealed for the 6th Edition of the awards, and the She is Worth It singer, on the 7th of May, will dazzle guests at the luxurious five-star Royal Garden Hotel in London’s affluent district of Kensington.
This year’s awards are sponsored by Ecocash diaspora, Chitoro and Steward bank.
Known for his raw energy and magnetism, Kazz has established himself as one of the leading African Pop artists to come out of Zimbabwe.
ZAA Event Coordinator Colline Watts, who oversees the recruitment of performers every year, said: “We have enormous respect for Kazz’s unique artistry and we believe that his performance at this year’s ceremony will be an exciting ZAA moment.
“There is more to be revealed in the next few days but we are looking forward to the line-up of entertainers who will toast the success of this year’s group of award recipients, ranging from entrepreneurs to community champions and musicians.”
Kazz, who was one of the first recipients of a Zim Achievers gong at the first ever ceremony in 2011 with brother Bkay, said it was an honour to be approached to perform at the prestigious event.
“I am both humbled and flattered to have been asked to perform at the awards,” he said.
“As an artist who is really passionate about my music, it’s always rewarding to share what I love doing the most and I am looking forward to performing for the nominees and all the guests who will be there.”
Born Farhaan Khan, Kazz stormed onto the international scene with sibling Bkay, and together they formed duo Bkay and Kazz.
At the start of their music career, the duo set up their own production house called Prizm Inc. where they recorded some of their earliest songs like My Brother My Sister, Come Together and 2005 hit Ndikati Hello, a collaboration with Urban Grooves artist Decibel.
The duo’s debut album, In the Beginning, went straight to the top of the charts, and driven by the success of the album they decided it was time to explore the western market and left Zimbabwe to set up base in the UK.Advertisement

In 2007, Bkay and Kazz entered the second largest national talent show in the UK – Live & Unsigned. After auditioning with 40,000 other acts, the boys waltzed through every stage of the contest and were crowned winners of the competition.
Riding on the success of the competition, Bkay and Kazz went on to release several successful albums such as Boomslang, African Spirit and Jigsaw in 2012.  Some of their biggest singles include Amina Kadeya, 7 Wonders and You Know It’s Right.
Since going solo, Kazz has worked on several projects which include singles, Sweet Gal, International African alongside JJC and Shaking through the Night.
In January Kazz released his first single and music video of 2016; She’s Worth It, which reached number one, twice on Zambezi Magic, a South African Channel on DSTV. Kazz teamed up with Sonni Balli to come up with an African banger for the ladies. Sonni & Kazz last collaborated in December 2012 on the single So Fine.
In February, he released a Valentines single and video for Can We Make It Work and has just released his latest video for hot new track Thinking of You.
“My aim is to remain persistent and consistent this year. An EP is in the pipeline but for now, enjoy the music,” said Kazz.
The ZAA celebrates the achievements of the Zimbabwean community in the UK and continues to promote corporate social responsibility through supporting various charitable causes.
ZAA Executive director Brian Nyabunze said that the team were making steady progress with preparations for the event. He also encouraged the public to purchase their tickets soon as options are becoming increasingly limited.
Tickets are available for £89.95 and can be purchased directly from zimachievers.com.
“Tickets are moving fast and table bookings are working efficiently, thanks to the effective ticketing system we’ve put in place.
“The ticket deadline is the 29th of April so do not miss your chance to buy your ticket as no tickets will be sold after the deadline,” said Nyabunze.
Voting for this year’s awards is currently underway and Profiles of the nominees are featured on zimachievers.com and detail the remarkable achievements of the shortlisted candidates. All votes can be cast at http://www.zimachievers.com/uk/nominees/ and voting will end on the 29th of April.