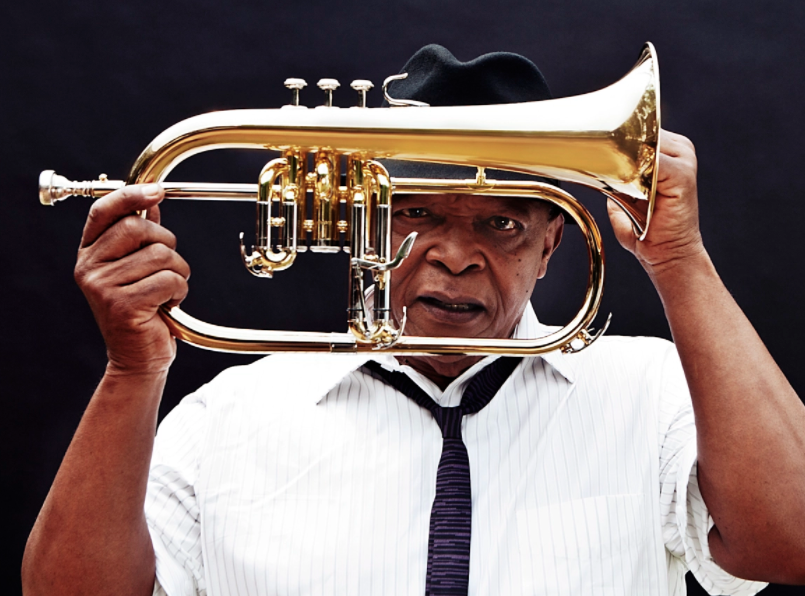 HUGH Masekela, the late music icon, will be honoured posthumously at the South African edition of the Zimbabwe Achievers Awards (ZAA) being held in Johannesburg next month.

The award is set to be presented to his family by long-time friend and legendary musician, Oliver Mtukudzi, who is also being celebrated this year by the awards organisation.

The late father of South African jazz has been honoured with the ‘Friend of Zimbabwe’ award for his involvement and dedication in music, theatre and the arts in South Africa, Zimbabwe, its neighbouring countries and across several continents.

ZAA International is also honouring him for his philanthropic work.

Masekela was one of the world’s finest and most distinctive horn players, whose style and music touched the hearts of many across the African continent and diaspora. Exiled from his country for 30 years, he was also a powerful singer, songwriter and a political voice.

Conrad Mwanza, Zimbabwe Achievers Awards Chairman said Hugh was a revered man with an ebullient and vibrant personality, as well as a multi-talented musician who pioneered South African jazz.

“Hugh Masekela was a true friend of Zimbabwe and played a huge role in a number of local musicians’ lives and musical journeys,” said Mwanza.

“His unmatched musicality and charm on stage were incredible – he was a teacher and those who had the pleasure of working with him learned a lot.

“His philanthropic work was also instrumental in shaping the minds and hearts of young African children who wanted to pursue music.

Mwanza indicated that the team were in talks with several musicians about doing a tribute on the night to celebrate Masekela’s life.

A passionate supporter of the arts, Masekela, who succumbed to prostate cancer earlier this year, produced more than 40 albums across his career. His final album, No Borders, was released in 2016. Among his many awards was South Africa’s highest honour, the Order of Ikhamanga.

He was recently honoured with an art gallery built in his memory. The Hugh Masekela Gallery forms part of the Zeitz Museum of Contemporary African Art (MOCAA) in Cape Town’s Silo District and will work to tell African stories through African art.

Meanwhile, Zimbabwe Achievers International has announced that Funeral Service Provider Zororo-Phumulani (ZP) have come on board as one of the events’ major sponsors.

Powered by Doves Zimbabwe, it is one of the leading funeral services in Zimbabwe. ZP also provides repatriation services to clients in South Africa as well.

The organisation announced earlier in the campaign that Fintech Company, WorldRemit would be this year’s global partner, sponsoring the South African, UK, USA and Australian editions. Other sponsors announced for South Africa include Fastjet, ZimCon, African Medallion Group and Interprime Consulting.

The ZAA SA gala will be held on 7 April at the Hilton hotel in the heart of Sandton. Tickets are available for R650 until 31 March and will revert to the original price of R750 on 1 April and can be purchased exclusively from www.zimachievers.com/sa

“We are nearing full capacity and urge those still wanting to attend to get their tickets before they sell out.”

Voting for the fourth edition ended on 25 March and the panel are currently deliberating to come up with this year’s winners.