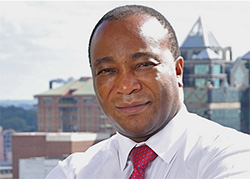 ZIMBABWE Alloys Ltd., the country’s second-biggest ferrochrome producer, said it will appeal a government order that it cede 50 percent of its chrome exploration concessions to the state.
The government on May 27 told the company that it would take the concessions to increase the number of “players” active in the chrome industry, according to state documents obtained by Bloomberg.
Zimbabwe has the world’s second-largest chrome reserves after South Africa.
While the government is trying to boost activity in its mining industry, its largest source of foreign exchange, to kick start an economy that’s halved in size since 2000 Zimbabwe Alloys says that it has plans to develop the concessions.
A separate government document dated Jan. 22 shows that Zimbabwe Alloys made an offer to cede 13 percent of its land. That was rejected.
“We’ve secured investors and now people just wake up and say we are giving you 24 hours to leave,” said Farai Rwodzi, the chairman of Zimbabwe Alloys, on Wednesday.
“We are not going to hand over the claims, we will fight.”
Zimbabwe Alloys was owned by Anglo American Plc until 2006, when it was sold for the equivalent of about $9 million to closely-held Benscore Investments Ltd.Advertisement