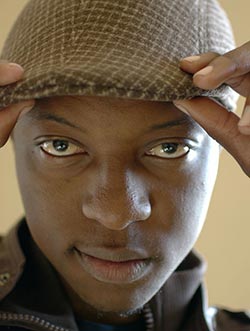 ZIMBABWEAN animator and producer Enqore (real name Nqobizitha Mlilo) is up for a staggering $25,000 prize after reaching the semi-finals of Google’s Africa Connected competition.
He entered the competition with his initiative, Nafuna TV.
Enqore is the only Zimbabwean among 19 other Africans who are vying for only top five spots that will walk away with the prize money.
Speaking to NewsDay this week, the artist said he was thrilled with the achievement.
“We are waiting for February 17 when they will whittle down the numbers to five with the most inspiring stories,” he said.
The five winners will get a chance to work with a Google Sponsor for six months to ensure the success of their online businesses.
According to itnewsafrica.com, the competition was launched in August last year, calling entrepreneurs, creatives, innovators and web-lovers to share their stories of how the web has transformed their lives and work.
The Zimbabwean shrugged off stiff competition being selected into the semi-finals from a group of 2200 entries from 25 countries.
Categories in the competition include entertainment/arts/sports, technology, community and NGOs, small businesses and education.
Affiong Osuchukwu, Google Lead for the Africa Connected initiative said: “Selecting the 20 semi-finalists was tough, but we were really impressed with their initiatives, and wish them the best in the next round.”
Of the 20 finalists only Nigeria, South Africa and Kenya have multiple finalists with three, six and five respectively.
Other countries that made to the semi-finals are Ghana, Senegal, Uganda, Tanzania and Zimbabwe.
A former editor at discontinued Zimbabwean soap Studio 263 Enqore has also worked on videos for several musicians like Roki among many others.Advertisement