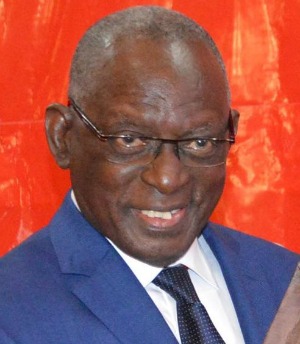 THE Zimbabwe Olympic Committee (ZOC) has announced the appointment of Titus Zvomuya as their Chef de Mission for Rio 2016.
Zvomuya, who has held various different sporting administrator roles across the country, including working for Zimbabwe Rugby Union and Zimbabwe Cricket, has been given the role following a successful stint as the Chef de Mission for last year’s Summer Youth Olympic Games in Nanjing.
“ZOC is pleased to announce the appointment of seasoned administrator Titus Itai Zvomuya as chef de mission to the 2016 Rio Olympic Games,” a ZOC statement read.
“Having successfully completed his tour of duty as Chef de Mission to the 2014 Nanjing Youth Olympic Games, Zvomuya’s appointment was extended to the Summer Olympic Games to be held in Rio de Janeiro, Brazil from August 5-21, 2016.
“This recommendation was presented by the ZOC Technical and Development Commissions and upheld in line with a resolution passed by the ZOC Board.”
Zvomuya, a ZOC Board member, is currently the director of the Bindura University of Science Education’s National Sports Academy and he has also lectured on sport at other higher education facilities, such as University of Zimbabwe and Chinhoyi University.
ZOC also revealed that preparations for Zimbabwean athletes who harbour hopes of going to the Olympics are going well as they begin to step up their training.
“In just over 520 days Team Zimbabwe will take part in the Games of the XXXI Summer Olympiad to be held in Rio de Janeiro, Brazil,” the statement added.
“Athletes in various disciplines are upping their training in anticipation of qualification events scheduled for 2015.”
Zimbabwe have won a total of eight Olympic medals, seven of them won by swimmer Kirsty Coventry, who has two golds, four silvers and a bronze to her name.
The other one came at Moscow in 1980 when Zimbabwe made its first appearance under its current name, winning the gold medal in the women’s hockey after being a late entry due to other countries boycotting the Games in protest at the Soviet Union’s invasion of Afghanistan.
But at London 2012 Zimbabwe sent a team of only seven athletes, four men and three women who competed in four different sports, their smallest ever delegation.Advertisement

Coventry finished sixth in two events, while Cuthbert Nyasango was seventh in the men’s marathon.
The African nation also made their Winter Olympic debut at Sochi last year as Luke Steyn competed in the alpine skiing event.