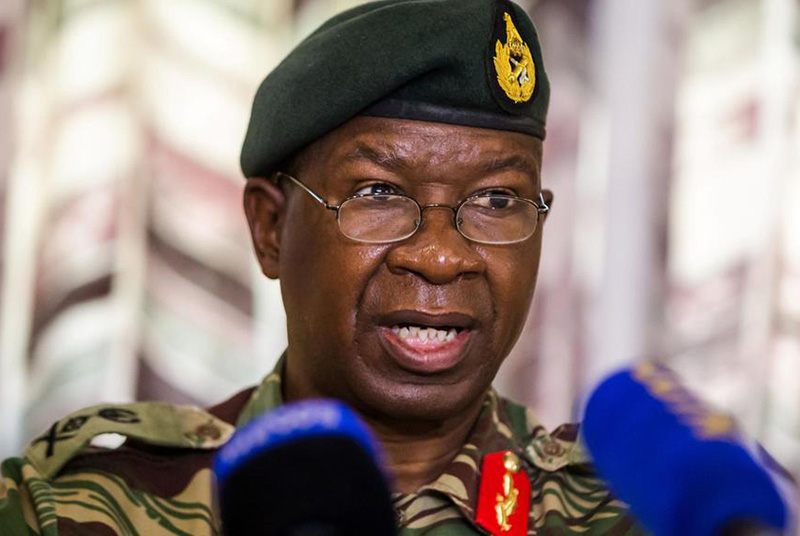 General Sibanda said this in his speech as guest of honour at the Young Farmers Association inaugural independence dinner in Harare last week.

He added that young Zimbabweans had lost their sense of identity and patriotism but could learn a lot from Rhodes.

“You should nature good entrepreneurial skills and commitment such as those possessed by Cecil John Rhodes, who while in his 20s and 30s, incorporated the British South Africa Company (BSAC) and its subsidiaries that structured the trade of major commodities for international markets,” Sibanda said.

The country’s most powerful soldier was however quick to indicate he had little respect for Rhodes who was the force behind the colonisation of most of Southern Africa including Zimbabwe.

The BSAC ran Zimbabwe named after him as Rhodesia before the country’s first Constitution was adopted in 1923 but largely serving white colonial interests.

“I don’t worship Rhodes but where we need to use him as an inspiration then let’s do so,” he added.

Sibanda called on the government and financial institutions to support young farmers who have decided to take agriculture as a business.

“To the Ministry of Agriculture, lets aggregate our youths into groups and create an enabling environment towards value addition and beneficiation.

“The Ministry should support youths through programmes like Command Agriculture and should think of banks that do not require collateral in an effort to fully implement the government’s vision 2030 thrust,” Sibanda told his hosts.

The Zimbabwe Young Farmers Association provides opportunities for youths in the agricultural sector, through the mobilisation of resources and linkages for skills development.

It also provides platforms for education and training, to enhance sustainable production as well as profitability, through improved access to Information Communication Technologies (ICTs) and markets to champion agro-entrepreneurial development among the youths.