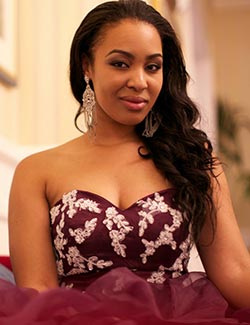 ZIMBABWEAN beauty Alishia Musungo is taking the catwalk world by storm since winning the Face of the Globe Zimbabwe.
Musungo has gone on to compete on the international stage in Paris as part of her prize for competing in the pageant and is now headed to Nigeria to compete against 60 other beauties in the renowned ‘Exquisite Face of the Universe’ International beauty pageant finale.
“Our winner will not only go to Disneyland and Paris on an all-expenses paid trip for a week, she has also been chosen as a beauty queen to represent Zimbabwe in another international pageant,” pageant director Lorraine Chinouriri said.
“As a former Pageant Princess, I know the doors that can open and the opportunities that are presented to you by competing in a pageant; I wanted every girl and woman competing in our pageant to have positive experiences that would widen their horizons.”
The highly anticipated Nigerian event will be held at the prestigious Expo Hall, Eko Hotel and Suites, Victoria Island, Lagos on December 19 according to Chinouriri.
Masungo will be flying to Lagos, Nigeria on the December 10, spending 8 days touring the country, going through rigorous training, participating in community work and raising the flags of their countried high before participating in the much anticipated finale.
Chinouriri said between 2014 and 2015 she would travel to Zimbabwe from her base in the United Kingdom to crown winners who would be flown back to the UK and then Paris, to get a flavour of what Musungo experienced.